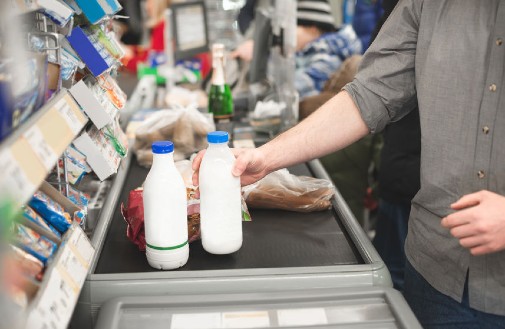 The University of York study, in partnership with N8Agrifood, showed that participants tried to eat as much fruit and vegetables as they could within financial constraints, avoiding processed food wherever possible.  But there was widespread acknowledgement that processed food was often more accessible than healthy options because of its lower cost.

The researchers said that while the diets of low-income households have been subject to much scrutiny and debate, there is currently limited evidence in the UK on the diet quality and food practices of households reporting food insecurity and food bank use.

Dr Maddy Power, from the Department of Health Sciences said: “This research explores lived experiences of food insecurity, the notion of individual ‘choice’ and the underlying drivers of diet quality among low income families.

“The findings suggest that educational interventions are likely to be less effective in tackling food insecurity and poor nutrition among people living on a low income, as the people who took part in our study had good knowledge about healthy diets, but quite simply couldn’t afford to buy what was needed to maintain a recommended healthy diet.”

Participants reported that access to healthy and fresh food was further constrained by geographic access. The availability of fresh and healthy food in local shops was perceived to be poor, but the cost of travelling to large supermarkets, where the quality and diversity of food may be better, was considered prohibitively expensive.

Awareness of being priced out of nutritious and fresh food because of low income reinforced the stigma of living with poverty and was a very visible and everyday example of socio-economic inequality particularly for parents and caregivers, who were keen to ensure their children had access to a healthy diet.

One respondent said, “It’s not nice to feel you can’t buy food that is healthy or better because it’s more expensive.”

Other participants acknowledged that processed food was often more accessible than ‘healthy’ options because of its lower cost with one person saying: “Healthy food is expensive and unhealthy food is cheap.”

The research also suggested a relationship between higher processed food consumption and having used a food bank.

Researchers say that the pandemic and the associated economic fallout has precipitated a sharp increase in food insecurity in the UK.  In July 2020, roughly 16 per cent of adults – equivalent to 7.8 million people – reduced meal sizes or skipped meals due to insufficient income for food.  This figure, which remained stable between April and July 2020, is roughly double rates of food insecurity before Covid-19

The study took place between 2018 and 2020 and involved participatory research conducted with families of primary school age children.

Dr Katie Jayne Pybus and Professor Kate Pickett from the Department of Health Sciences and Professor Bob Doherty from The York Management School also contributed to the research.

The paper called, “The reality is that on Universal Credit I cannot provide the recommended amount of fresh fruit and vegetables per day for my children”: Moving the conversation from a behavioural to a systemic understanding of food practices and purchases is published in Emerald Open Research as part of the N8Agrifood Collection.