Smokeless Tobacco Control in the UK: A supply chain analysis to inform policy

The aim of this project is to understand how existing tobacco control policies are currently applied to the smokeless tobacco supply chain in the UK. By identifying any gaps in implementation of the policies, we hope to recommend policy changes that will help to reduce the harm caused by smokeless tobacco.

Smokeless tobacco (SLT) refers to tobacco products that are consumed without being burnt. Such products include chewing tobacco, as well as various types of oral and nasal tobacco.  SLT has been somewhat neglected in research and policy arenas, because it is assumed to be less harmful than cigarettes. However, SLT is highly addictive and is known to cause cancers of the mouth, pharynx and oesophagus, as well as cardiovascular disease and poor pregnancy outcomes.  Over 300 million people around the world use SLT, in many different forms, making SLT consumption a global public health issue. Here in the UK, SLT is widely used, mainly by people of South Asian origin. The overall aim of this project is to reduce SLT consumption in the UK.

Policies designed to reduce the harm caused by tobacco products are already in place, but these have been found to be applied less stringently to SLT than to smoked forms of tobacco (1). New tobacco control policies encompassing SLT have been introduced since our last CRUK-funded study in 2010 (1), and it is timely to review the effect of the new regulations.

In this study, we plan to uncover the extent to which SLT products are imported, distributed, marketed and sold in the UK, in violation of general tobacco control policies. We aim to understand whether the legislation intended to regulate SLT is working properly. We will use this information to help to develop more robust strategies, aimed at reducing the harmful effects of smokeless tobacco.

To achieve these goals, we will first carry out a supply chain analysis of SLT products in the UK.  Data will be collected from five UK cities with large populations of ethnic South Asians, using surveys and interviews. Our questionnaires will reveal whether existing policies are being adhered to. Once the data have been analysed, the findings will be used to inform policy and practice. We intend to do this by liaising with representatives from the Department of Health (UK) and Public Health England, and by producing articles and reports for dissemination to a range of audiences, including policy makers. We will also organise a series of workshops, inviting representatives from the Department of Health, local trade and commerce organisations and tax, revenue and customs officials. Those involved in tobacco control policy and research in South Asia will also be invited. The meetings will help to communicate and share the findings of the research, and will suggest recommendations for improving the existing regulatory framework for SLT.

The project is funded by the charity Cancer Research UK (CRUK) and will run for 21 months. 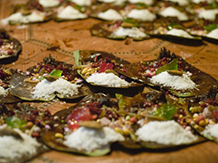