I am an environmental modeller with a background in environmental sciences and archaeology. I completed a PhD in Archaeology from the University of York where I developed agent-based models on the development and resilience of historical agricultural systems. I hold an MSc in Biology of Conservation and BSc in Environmental Conservation both from the University of Nairobi. At LCAB I conduct interdisciplinary research into understanding the effects of human activities on biodiversity and how we can enhance the future utility of land use practices for biodiversity and conservation management.

My interdisciplinary research explores human and environment interactions within the Holocene and Anthropocene with a focus on biodiversity, sustainability and large-scale landscape modifications. My research interests include using agent-based models to explore the socio-environmental factors that influenced the development and resilience of historical agricultural systems in East Africa as well as models to understand landscape changes and responses to Holocene sea level rise in the North Sea. I have also successfully generated additional grant funding from the British Institute in East Africa to conduct aerial surveys to map the Engaruka archaeological site, Tanzania.

My research has involved integrating interdisciplinary and transdisciplinary research and working within interdisciplinary teams which have led to the development of multimedia works such as a 3Sixty video presentation as part of the University of York’s ‘Research in Focus’ series and led to collaborations with researchers across the world from the UK, Tanzania, Kenya, the Netherlands and Ethiopia. 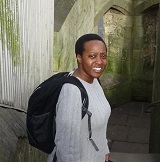