Visit Malcolm Cresser's profile on the York Research Database to:

I was appointed Professor of Environmental Science in the Department of Environment and Geography at the University of York in 1999, and became Head of Department for three years in October 2001. I moved to York from the University of Aberdeen, where I had been Professor of Plant & Soil Science since 1989 (Head of Department 1989-1990). Previously at Aberdeen I had been Reader in Plant & Soil Science (1988-1989), and Reader (1986–1988), Senior Lecturer (1982–1986), and Lecturer in Soil Science (1970–1982). I also spent brief periods working in the USA, as Visiting Professor at Georgia Institute of Technology, Atlanta in 1979, and as Visiting Professor at Villanova University, Pennsylvania in 1970, and at the Soil Institute of Iran.

My research centres around understanding and modelling of pollution effects on soil/plant/water ecosystems; strategies for formulation of pollution control policies; soil chemistry and biology; hydro-biogeochemical models for prediction of spatial and temporal variation in water quality at catchment and regional scales, especially for N species, base cations and alkalinity; sustainable use of soil and water resources; development of methodology for ecotoxicity testing and environmental quality assessment; incorporation of principles of environmental science into environmental economic models. This has been supported by research funding in excess of ca. £3.6 million, from SRC/SERC, BBSRC, ARC, NERC, Royal Society, SNH, UK DOE/DETR, British Council, Yorkshire Water; Seimens Environmental Systems; Aberdeen University and various instrument manufacturers. It has resulted in more than 290 research papers and nine books. Around 65 research students have successfully completed higher degrees under my supervision.

Initially I was trained as an analytical chemist at Imperial College, London. I obtained a PhD there in 1970, after working with Professor Tom West on the analytical chemistry of selenium and the then new technique of atomic fluorescence spectrometry. After a short period in 1970 as visiting Professor at Villanova University in Pennsylvania, I became a Lecturer in Soil Science at the University of Aberdeen in Scotland. At that stage my research concentrated primarily on the development of novel and improved methods for the analysis of soils, plants and freshwaters, although my interest in chemical aspects of soil fertility and in hydrogeochemistry was starting to grow.

Of particular interest was the development and subsequent automation, with Peter Isaacson, and later Toyin Arowolo, of the completely new technique of Gas Phase Molecular Absorption Spectrometry for the analysis of traces of anions and ammonium in solution. I spent a brief, but fruitful, period as Visiting Professor at Georgia Institute of Technology in Atlanta in 1979, working with Professor Rick Browner on the development of new methods for aerosol sizing for atomic spectroscopy. This stemmed from the realisation that a cascade impactor could be used to fractionate solution aerosols, provided that the salt concentration was high enough to eliminate significant evaporation. I also at that time worked with Clare O’Grady and others on automated error detection systems in atomic spectrometry.

I remained in the Department of Soil Science at Aberdeen University, becoming Reader in Soil Science in 1986, and then Reader in Plant & Soil Science in 1988 following merger of the Departments of Soil Science and Plant Science at Aberdeen. I was awarded a personal chair in Plant & Soil Science in 1989. Over this period, and through the 1990s, my research interests expanded considerably, as I became increasingly convinced of the necessity to conduct interdisciplinary research to understand ecosystem functioning. This resulted in my involvement in as much biological research as chemical research (and award of a F.I.Biol., C.Biol. in 1997), and a further blossoming of my interest in hydrogeochemistry and biogeochemical cycling as I became increasingly interested in the effects of acid deposition on upland ecosystems.

Results of early studies with some excellent PhD students (especially Murray Reid, John Creasey and Tony Edwards) stimulated an interest in the development, initially with Mike Billett in 1992, and later with Richard Smart, Andy Wade, Colin Neal (at IOH), Tony Edwards and Simon Langan (at MLURI), and Ken Pugh and colleagues at SEPA, of models for predicting water chemical quality from catchment characteristics. Two models were developed, both using flow-weighted riparian zone characteristics, one using soil chemistry and the other using underlying geology for predictive purposes. At this time my group at Aberdeen (particularly Ute Skiba, Shimna Gammack, Catherine White, Deborah Barton, Hassan Radhi-Sanyi, Laila Yesmin, Carol Smith and Luke Sanger) also did some excellent and internationally important work on predicting acid deposition chemical and biological effects on peats. We developed a method, subsequently adopted for UK critical loads maps, for quantifying critical loads for these very acidification-sensitive soils. This was subsequently used in Ireland, and is being actively considered in Alberta, Canada.

Another fascinating research avenue explored at this time, in close collaboration with (and stimulated by the enthusiasm of) Prof. Ken Killham, and Drs. Anne Glover and Graeme Paton at Aberdeen University, was DETR- (then DOE) and BBSRC- and industry-funded research on the diagnostic applications of bioluminescent micro-organisms. These were used both for studying migration rates of organisms through soils and for ecotoxicity testing. The latter aspect was linked to my interest in chemical speciation of heavy metals in soils in joint work with Drs. Janet Cotter-Howells and Jenny Hall, and three research students, Nishanta Fernando, Charoon Sarin and Puchong Wararatananurak.

The research on upland soils gave me a particular interest in the importance of sea salt deposition on upland soils. For peat soils in particular, where mineral weathering inputs of base cations are negligible, atmospheric deposition chemistry is crucial to soil fertility. For peats, precipitation and drainage water both equilibrate with the soil. Thus base cation ratios in precipitation and river water for a catchment should be very similar. In the UK, they are both highly sodium dominant. However if weathering is important in the catchment soil, sodium becomes less dominant and calcium relatively more dominant. With Marc Stutter, Catherine White, El-Tijani Elias, Richard Smart and others, we have used this to establish the use of the sodium dominance index for quantitative prediction of weathering rates, alkalinity, susceptibility to acid flushes, and critical loads of upland catchments. Work in this area is still continuing at York. 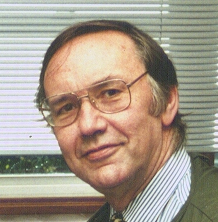