Visit Katherine Selby's profile on the York Research Database to:

Katherine joined the Department of Environment and Geography in 2007, moving from the School of Geography at the University of Southampton, and is Deputy Head of the Department of Environment and Geography. She undertook her PhD at Coventry University investigating Late Quaternary sea-level changes on the Isle of Skye, Scotland and post-doctoral research at the University of Exeter examining lacustrine environments in central Ireland. Since then she has also held a lectureship at Bournemouth University.

Katherine has three broad research interests. These are: 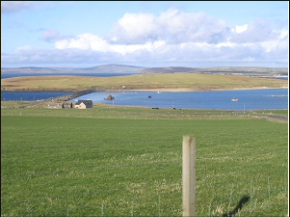 This project examines the effects of the Churchill Barriers (Orkney, Scotland) on all aspects of the physical environment; pollution i.e. eutrophication, ecology and sediment transport pathways. The Churchill Barriers effectively provide an open air laboratory in which to measure recent environmental change, both direct and indirect and, because the date of emplacement of the barriers is known, will overcome the all too common problem of chronology in geologically very young contexts. This area of research will have applications for managed realignment, the creation of artificial lagoons and fish farms, for example, and as such will receive much attention in the coming years. 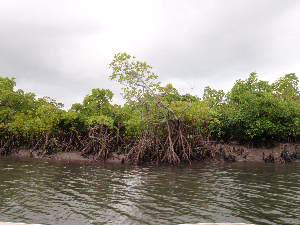 This project investigates past evidence for sea level and coastal changes along the east African coastline.  In particular, mangrove areas are utilised as they have a specific relationship with salinity gradients.  Sediment cores are extracted in the field and pollen and diatom analyses undertaken.  Using this knowledge and the salinity preference of the taxa, sea level changes can be reconstructed. 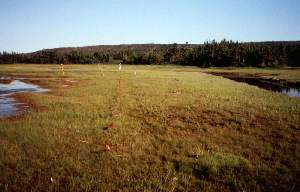 This research seeks to reconstruct sea level change over the past 1000 years using high resolution radiocarbon dating and pollen and foraminiferal analyses. Historical records exist for this area and therefore changes recorded in the pollen records, for example, the decline in horse chestnut, can be compared with this information and independent timelines established. These can then be compared with radiocarbon dates. With this information and by creating age depth models it is possible to state information on the rates of sea level change.

4.  Coastal changes and their effects on cultural development and settlement patterns 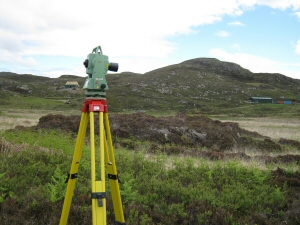 Under this broad theme there are several specific research projects that are ongoing along NW Scotland and in East Africa. The fundamental aim is to examine in an holistic way, changes that have occurred physically and anthropogenically in coastal areas with the objectives are trying to establish drivers of these changes and their interactions. 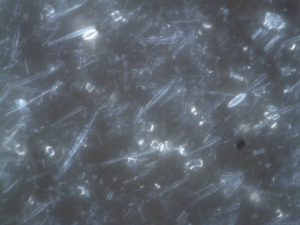 This research has two main objectives; firstly to investigate diatomite - its formation, composition, deposition and rates of accumulation; and secondly to investigate the potential of diatom protein for dating. Diatomite is a sedimentary rock that has formed from the remains of diatoms (microscopic algae made of silica), may be of freshwater or marine origin, and is often dominated by a single species. It is lightweight, porous and has a high commercial value as a result of its physical and chemical properties. At present, although the commercial values of diatomite are recognised and exploited, only a handful of studies have attempted to understand the spatial and temporal characteristics of the deposits. The project is timely as reserves of diatomite continue to be mined without an in depth understanding of the conditions and controls on deposition. It is vitally important to understand the ecology and sedimentary context of diatom deposition if we are to use them in future climatic reconstructions.