The Queen’s Men on Tour

The Queen’s Men were an all-star Elizabethan theatre company that between 1583 and 1603 toured the nation’s town halls, country houses and inn-yards, performing its plays in front of aldermen and aristocrats, schoolboys and royalty.

Prompted by the work of Scott McMillin and Sally-Beth MacLean and the Toronto-based Shakespeare and the Queen’s Men Project, my PhD research seeks to place the plays of the Queen’s Men in their original context. By using survey and digital reconstruction to study the Guildhall at Stratford-upon-Avon and introducing performance into the original playing space, I seek to understand the practical opportunities and limitations to performance presented by the hall, the ideology of social space and the manner in which it is used by performers, and early modern audience reception.

Oliver read Archaeology at the University of York, graduating with First Class Honours in 2006. He gained a Distinction in his Masters in Medieval Studies in 2007 and started his doctoral research in October 2008.

Registered in the Department of Archaeology, co-supervised in the Department of Theatre, Film, Television and Interactive Media, and a member of the Centre for Renaissance and Early-Modern Studies (CREMS), his work necessitates an hollistic and truly interdisciplinary approach, combining methodologies from archaeological, historical, literary and theatrical academic traditions.

His wider research interests include: 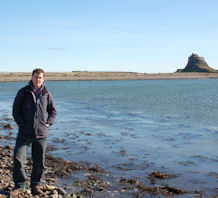