My research focuses on the dynamics of intra-state conflicts, peace processes and peace settlements, unrecognised/de facto states, rebel governance, and state recognition. In my work, I have emphasised the importance of examining dynamics within communal groups and I am particularly interested in intra-communal rivalry and contestation, popular mobilisation and legitimising strategies, and issues of governance.

My research is comparative in nature, but much of it has been focused on the Caucasus and the Balkans. My articles have appeared in several leading journals and I am the author of three monographs: Peace Agreements (Cambridge: Polity, 2017), Unrecognized States (Cambridge: Polity, 2012), and Contested Nationalism (Oxford: Berghahn, 2010).

I am currently working on a project on the relationship between de facto states and their external patrons, funded by the Norwegian Research Council and led by the Norwegian Institute of International Affairs. Prior to that, I was involved in a large interdisciplinary project on the health consequences of the conflict in Colombia (jointly funded by DFID, ESRC, MRC and the Wellcome Trust). I was awarded a British Academy Mid-Career Fellowship for my project Peace Agreements: Resolving intra-state conflicts since the end of the Cold War, and my earlier work on unrecognised states was funded by the Economic and Social Research Council (ESRC).

Over the years, I have worked with a number of international organisations, NGOs and think tanks. This work resulted in an Impact Case Study for REF2021. I am a Trustee of International Alert, one of the world's leading peacebuilding organisations.

I hold a PhD in Government from the London School of Economics and Political Science. After finishing my PhD, I was a Lecturer at Lancaster University. I joined the University of York as Senior Lecturer in 2012 and was promoted to Professor in 2016.

Head of Department, since 2019

Member of the Senior Leaders Group; Member of the Capital, Enterprise Systems & Infrastructure Strategy Board; Co-Director and founder of the university-wide Security, Conflict and Peace network (SCoPe)

My research is broadly focused on the dynamics of intra-state conflicts, peace processes and peace settlements, statehood, and sovereignty. This has resulted in three main projects/themes that I continue to work on: 1) unrecognised/de facto states, 2) peace processes and agreements, 3) rebel governance

My work on this subject started with an ESRC-funded project entitled 'The Politics of Unrecognised States' (RES-000-22-2728). This project drew on a range of examples (from Abkhazia to Somaliland) and on two in-depth case studies: Nagorno Karabakh (Azerbaijan) and Republika Srpska Krajina (Croatia). The aim of the project was to improve our understanding of unrecognised states and thereby engage with, and question, dominant conceptions of sovereignty, statehood, democratisation, and conflict resolution.

This project resulted in the very well-received book Unrecognized States: The Struggle for Sovereignty in the Modern International System (Cambridge: Polity, 2012)."An essential addition to the literature, which dispels the myth of unrecognised states as dark spots on the world map." Political Studies Review

Since then I have done a lot of work on engagement with de facto/unrecognised states.

Currently, I am working on a project which examines the relationship between de facto states and their external patrons, funded by the Norwegian Research Council and led by the Norwegian Institute of International Affairs. I examine how patrons exert their influence, including in peace processes involving de facto states, and how the relationship between the patrons and their clients is renegotiated following a significant change in the position of the de facto state. Case studies include: Nagorno Karabakh, Abkhazia, Northern Cyprus and Repuplika Srpska

The main output from this project was a monograph, Peace Agreements: Finding Solutions to Intra-State Conflicts (Cambridge: Polity Press, 2017)

I am currently examining the significance of ambiguity in peace agreements and how this uncertainty affects the acceptance and implementation of negotiated settlements. I am also continuing to work on peace processes and agreements in conflicts involving de facto states.

I have recently expanded my research on de facto states to a broader focus on rebel governance. Together with colleagues from the Centre for Health Economics, University of York; the London School of Hygiene and Tropical Medicine; and Escuela de Gobierno, Universidad de los Andes, I worked on a large interdisplinary project that investigated the health consequences of the conflict in Colombia - before and after the signing of the 2016 peace accord: War and Peace – the Health and Health System Consequences of Conflict in Colombia.  This project was funded by a large grant from the Joint Health Systems Research Initiative (the Department of International Development, the Economic and Social Research Council, the Medical Research Council, and the Wellcome Trust).

My part of the project examined the extent and form of healthcare provisions by FARC, and the effect of this wartime rebel governance on post-war state governance. The findings are currently being written up.

I would welcome PhD applications in these and related areas of study, and encourage potential supervisees to get in touch.

In the 2021/22 academic year, I contribute to the following modules:

Over the years, I have worked with a number of international organisations, NGOs and think tanks. Examples include: the Berghof Foundation, the Carnegie Endowment for International Peace, Conciliation Resources, the Council on Foreign Relations, InterPeace and the Westminster Foundation for Democracy.

The impact of my research outside of academic resulted in an Impact Case Study for REF2021.

I am a Trustee of International Alert, one of the world's leading peacebuilding organisations.

I am on the Advisory Board of the Association for the Study of Nationalities (ASN) an Honorary Fellow at the Exeter Centre for Ethno-Political Studies (EXCEPS), and a member of the ESRC Peer Review College.

I am on the Editorial Board of the journal Ethnopolitics, and I review articles for leading academic journals and publishers

I am frequently invited to present my work at international conferences and workshops. 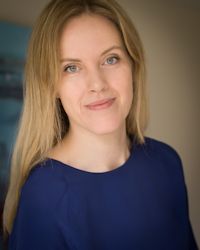