Severe weather events such as flooding can trigger post-traumatic stress disorder (PTSD) - with women more likely to suffer with the condition than men, new research shows. 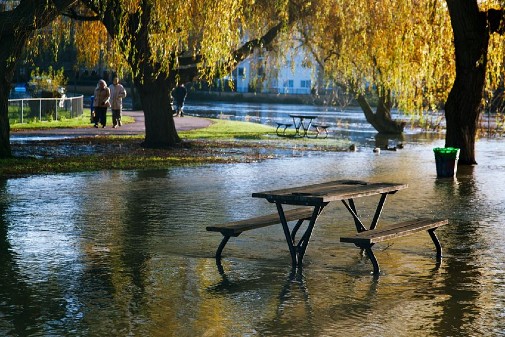 The report says one in six properties in England are now at risk of flooding.

The research – a collaboration between the University of York and the Centre for Mental Health - looked at more than 17 studies examining the impacts of flooding on UK populations It also found:

Dr Joana Cruz from the Department of Environment and Geography, University of York said: “In the context of flooded populations, there is a need to consider how best to provide appropriate and effective psychological care at scale for people with a broader range of mental health symptoms.”

The research highlights how secondary stressors affecting mental illnesses differed between men and women. For women, those with concerns about pets and being separated from their family were at a high risk of self-diagnosing with anxiety and PTSD. For men, those who reported relationship problems were most likely to experience depression and anxiety.

Researchers concluded that even years after a flooding incident, respondents affected by flooding experienced anxiety during heavy rain. Anxiety was associated with increased levels of stress, sleep problems, panic attacks, difficulty concentrating on everyday tasks, lethargy, nightmares, anger, mood swings and increased use of alcohol or prescription drugs or antidepressants.

The absence of flood warnings also contributed to a significantly higher score for anxiety and PTSD than if people were given a warning of 12 hours or more.

Alongside mental health problems, study participants also reported that they were affected by physical illnesses such as earache, rash, gastroenteritis. Water quality and possible contamination of flood water with pollutants and water-borne pathogens were identified as factors that exacerbated existing psychological distress

The study also showed displacement and loss of a sense of place and home were major themes that underscored reports of common mental health problems among flooded populations. This was true even one year after flooding, which suggests that displacement is an important secondary stressor that drives longer term mental health outcomes after flooding.

A combination of changes in land use and increasingly severe rainstorms are contributing to increased surface and river flooding, with one in six properties now at risk in England.

The report concludes that climate change has significantly increased the prospect of more frequent extreme weather events and there is an urgency to develop solutions to support people’s short- and long-term mental health following events such as floods.

Dr Cruz said: “The findings have implications for local authorities and national governments alike. They imply that steps to reduce the risk of climate-related disasters will have long-term benefits to the public purse and society more widely by reducing the risk of long-term mental ill health in communities. Mental ill health carries a heavy cost for individuals, families and communities.”

Andy Bell from the Centre for Mental Health added: “Our mental health is determined from the day we’re born by our environment and our experiences in life. We need to see extreme weather as a major risk factor for poor mental health. That means taking steps to prevent climate change and protect communities from flooding. But it also means boosting mental health in communities at risk from flooding, and providing timely emotional support to people who have been affected by this life-changing experience.”

Researchers examined studies from across the UK documenting flooding events from 1968 to 2016.

The paper "Effect of Extreme Weather Events on Mental Health: A Narrative Synthesis and Meta-Analysis for the UK” is published in the International Journal of Environmental Research and Public Health