Researchers believe they may have discovered a possible cause of a mystery condition that can leave sufferers suddenly unable to walk, talk or see. 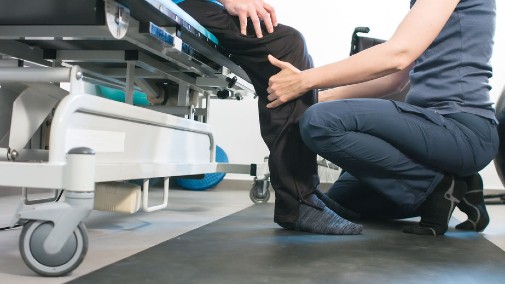 It’s hoped the study - led by the University of York and Hull York Medical School and supported by Tees, Esk and Wear Valley NHS Trust - will pave the way for new treatments for Conversion disorder which affects around 800,000 people in the UK alone.

The condition, also known as functional neurological disorder (FND), causes physical symptoms that would appear neurological but doctors can’t find an injury or physical condition to explain them.

Professor Christina van der Feltz-Cornelis from the Department of Health Sciences is leading the Conversion And Neuro-inflammation Disorder Observational (CANDO) study. This pilot study is the first in a program of research to explore how conversion disorder/FND can be caused, and to develop and evaluate new treatments.

The first findings suggest that conversion disorder could be caused by a low grade inflammation process that influences gene expression, which is the process by which the instructions in our DNA are converted into a functional product, such as a protein. Protein does most of the work in cells and is required for the structure, function, and regulation of the body's tissues and organs.

Professor van der Feltz-Cornelis  said: “This is a very difficult condition for people to live with and one which is often overlooked because the medical profession doesn’t have the answers.”

“People living with the condition can become very distressed and isolated, often losing jobs and social networks through being unable to communicate or being unwell. Patients can also suffer from memory and concentration problems.”

“We made the discovery by examining levels of inflammation in blood samples from patients with FND that mimicked stroke-like symptoms. They were found to be higher than normal. Also, microRNA levels in the blood seemed to play a role and this influences the expression of genes in the cell.”

“These preliminary results deserve further exploration and replication in larger samples before we can draw firm conclusions.”

The CANDO researchers hope the new study will help in the development of new treatments, as treatments previously given to people with conversion disorder have often not helped ease the symptoms.

Annie, a patient involved in the CANDO study, says: “It is a relief to suddenly find that there may be a reason for this condition. I can’t wait for treatments that may be developed as a result of this work.”