A bird which is rarely ever seen in Britain has been spotted at the University of York - the first time it has ever been recorded in the city. 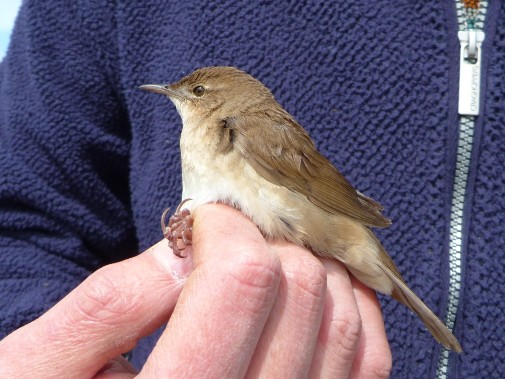 The Savi’s Warbler was found during a bird monitoring session on campus. The team were first alerted by its distinctive, almost cricket-like song.

The academic leading the session -  where birds are ringed and recorded -  said it was a total surprise.

Dr Colin Beale from the Department of Biology said: “We see on average only about four records of these birds in the UK each year. They used to breed regularly in small numbers in the south east of England.

“This is the first time anyone has ever recorded finding one in York and so it’s a very special moment.”

Dr Beale believes that the reed beds planted ten years ago on the nature reserve on Campus East are a significant factor in attracting the male warbler. The birds live at the bottom of the reed beds and sing morning and evening to attract a mate.

“The warbler has the most extraordinary song and has been singing away for several days here in the reed beds in the hope that he can find a mate. Unfortunately that seems unlikely, but if climate change encourages them northwards into the UK again reed beds like those on campus will be ever more valuable habitats,” added Dr Beale.

Campus East has seen the colonisation of Reed Warblers and other wetland species as a result of the development of the reed beds and lakes.

The ringing sessions at the University are run on behalf of the British Trust for Ornithology and are a vital component of monitoring bird populations in the UK.

The Savi's Warbler (Locustella luscinioides) breeds in Europe and is migratory, wintering in northern and sub-Saharan Africa. The bird can lay between three and six eggs in nests among reeds.