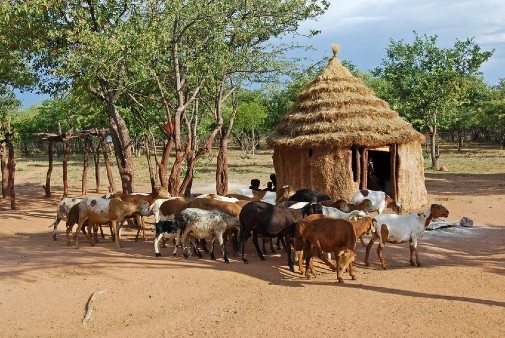 Communities need to be included in developing policies around urban expansion

Urban populations across the African continent and in particular the surrounding areas of urban sprawl, are forecasted to triple by 2050, resulting in higher rates of land conversion that have implications for managing significant environmental changes that lie ahead.

This expansion is happening faster than infrastructure changes can keep-pace, meaning that residents do not have access to important services to reduce the impact of climate-related events such as flooding, droughts, and heat-stress.

A new policy briefing, led by researchers at the University of York and several African partner organisations, outlines a ten-point guide for policymakers to assist in the planning and implementing of inclusive urban climate policies.

A second policy briefing, also including a ten-point guide, has been published, aimed specifically at how nature-based climate solutions can be used to support expanding urban centres located in African drylands.

Dr Jessica Thorn from the University of York’s Department of Environment and Geography, said: “Typically urban planning processes for climate change do not adequately utilise the voices of the people that live and work off the land. Yet these are the best-placed people to inform decision makers about the risks that urban expansion poses and the impact that climate events are having on whole communities.

“We hope these two policy briefings will not only highlight the value of this inclusion, but show that success of urban development projects relies on it in order to create more sustainable living.”

The research team compiled the ten-point plan through interview and conversations with various stakeholders, and hope that it will provide a ‘golden thread’ for policymakers to follow when planning, developing, and implementing urban climate policies.

Professor Robert Marchant, from the University of York’s Department of Environment and Geography, said: “If the local community voice is heard through the development phases of urban projects, not only are we more likely to reduce the risks of environmental damage, but also when unexpected natural events do occur in city regions, authorities know which stakeholders to mobilise to protect land and lives.

The briefings were developed in partnership with the African Climate and Development Initiative of the University of Cape Town; ICLEI Africa Local governments for Sustainability; Stockholm Environment Institute; Shackdwellers Federation of Namibia; Namibian Housing Action Group; Centre for Evaluation of Complexity Across the Nexus; and Namibian University of Science and Technology.