Visit Chris Fewster's profile on the York Research Database to:

I studied in Cambridge, and then held postdoctoral positions in Bern and York, before being appointed here as a lecturer in 1998.

Deputy Head of Department for Research

I have three main areas of focus:

Quantum energy inequalities Unlike most classical forms of matter, the local energy density of a quantum field can be negative. However, QFT contains mechanisms (deeply connected to the uncertainty principle) that result in the energy density not being too negative on average. These mechanisms are expressed by results called Quantum Energy Inequalities (QEIs). My contributions to this area include general and rigorous QEIs for a variety of free and interacting QFT models in both flat and curved spacetimes. An introduction to QEIs and some of the related techniques can be found in these lecture notes.

Locally covariant QFT Quantum field theory in Minkowski space depends in many ways on the high degree of spacetime symmetry. General curved spacetimes lack any symmetry at all, which makes it hard to prove general statements about general quantum field theories (as opposed to specific models). A major development was the introduction by Brunetti, Fredenhagen and Verch of a locally covariant formulation of QFT in curved spacetimes based on techniques of category theory. I have used this framework to give proofs of the spin-statistics connection, Coleman-Mandula theorem, and split property (sometimes in modified form) for general curved spacetimes, and also addressed the issue of whether a given
locally covariant theory represents the same physics in all spacetimes. Much of this work is presented in a recent review, written with Rainer Verch.

Hadamard states Quantum field theory admits a very large space of states, most of which are unphysical. The class of Hadamard states is a well-studied set of physical states, which play an important role in QFT in curved spacetimes. They have an elegant characterization in terms of microlocal analysis, which I have used in my work on QEIs. Recently, Rainer Verch and I have shown that Hadamard states can be characterized - at least in some situations - by the property that the statistical distributions of measurement results for observables called Wick polynomials always have finite variances.

PhD supervision is available in any of the areas listed above, or more generally in quantum field theory in curved spacetimes.

Recent examples of PhD projects include: 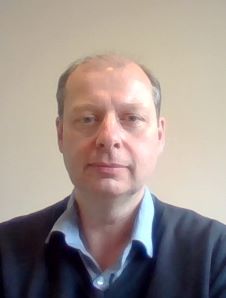