In our group, we create computer programs that help model and understand atomic structures of biomolecules. We are particularly interested in carbohydrates and their interactions with proteins. We favour a combination of Python for prototyping, C++ for number crunching, HTML and Javascript for representation. We are a friendly, diverse and very international bunch, and our ambition is to put YSBL at the forefront of crystallographic and cryoEM method development.

In the past four years, our team has produced new methodologies for building meaningful atomic models of glycans. A timely development, our Privateer software has been routinely used in the determination of SARS-CoV-2 structures that have informed the mRNA vaccines, antibody and inhibitor designs. But as the studies of the SARS-CoV-2 spike glycoprotein dynamics have evidenced, there is a big structural gap between what we can manage to resolve – even with the best methods – in an atomic structure and what is really there as determined by glycomics techniques – e.g. ~65 monosaccharides may be modelled into a Cryo-EM reconstruction of the SARS-CoV-2 spike glycoprotein, while 476 are detected by mass spectrometry. This is due to intractable problems such as microheterogeneity and flexibility – intrinsic to protein glycosylation – which hamper the process of structure determination. However, for an atomic model of a glycoprotein to be mechanistically useful, it must contain the full-length glycans the glycoprotein has in vivo. This problem has now been taken to the extreme with the release of AlphaFold: a software method capable of predicting the structure of proteins with experimental-grade accuracy, but which leaves the crucial glycan components out altogether. New methods are urgently required to bridge the gap between the incomplete structures produced by the structural biology community, including AlphaFold, and the expectations of the mechanistic glycobiology field. In my team, we build on machine learning approaches to predict, graft and extend protein glycosylation onto either incomplete (X-ray crystallography and Cryo-EM) models, or AlphaFold protein structure predictions – all based on technology developed as part of my Royal Society Olga Kennard fellowship.

I completed a degree in Computer Engineering (UPV/EHU, Donostia, Spain) in 2002, then moved on to doctoral training in structural virology, receiving my PhD in 2009 (Biophysics Unit, Bilbao, Spain). At the end of my PhD, I visited Prof. Jorge Navaza at the Institut de Biologie Structurale Jean-Pierre Ebel in Grenoble (2009, crucially funded by an EMBO short-term fellowship). I then obtained a 2-year fellowship (UPV/EHU) to do structural work on ion channels and their regulation by calmodulin, during which time I visited Prof. Félix Rey at the Institut Pasteur in Paris (2011, funded by UPV/EHU) to finish some dangling work from my PhD. 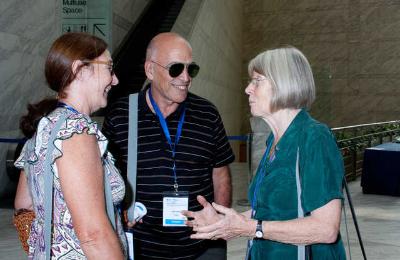 Between 2011 and 2012, I received priceless one-to-one training in crystallographic and cryoEM method development from Prof. Jorge Navaza, who was at the time visiting UPV/EHU (funded by Ikerbasque, Basque Foundation for Science). Informal and question-driven, these discussions were paramount in orientating my future career. In 2013, I went on to postdoctoral research with Profs Keith Wilson and Kevin Cowtan here in the Department of Chemistry where, in close collaboration with Prof. Gideon Davies, I produced most of the software I am currently recognised for. I also learned heaps of crystallography from Prof. Eleanor Dodson, who naturally filled Prof. Navaza's shoes and further expanded my training. In 2017, I was awarded a career-defining Royal Society Olga Kennard Research Fellowship to work on new methodologies for carbohydrate structure modelling, refinement, validation and representation. This fellowship has allowed me to build my own research group in York, and is providing me with outstanding training and career development opportunities. 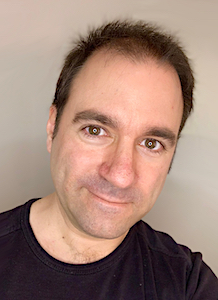 My team's activities are supported (financially and/or logistically) by: