I first came to York to study Archaeology, after which I moved to the Centre for Medieval Studies, where I specialised in medieval drama and the Mystery Plays of York, Beverly and Chester. My doctoral research, on the all-star Elizabethan acting company, The Queen's Men, was undertaken in the School of Arts and Creative Technologies and the Department of Archaeology. Working with students from TFTV and across the University, I directed a number of performances of The Troublesome Reign of King John in the Guildhall at Stratford-upon-Avon, the site of William Shakespeare's school.

Since 2009 I have been a Research Associate at Shakespeare’s Globe, where I held a Postdoctoral Research Fellowship in 2011-12, examining the evidence for Jacobean theatres and associated buildings that have informed the design of the new Sam Wanamaker Theatre.

My research focuses primarily on early modern drama, on approaches to staging on the modern stage, and on the intersection between theatre architecture and performance. My wider interests include: touring Elizabethan players and performances at provincial venues, Elizabethan and Jacobean theatre architecture, the development of dramatic verse, approaches to staging early modern drama - both 'Original' and modern practices, (non-)Shakespeare on the small screen, and live and recorded theatre broadcast.

The Queen's Men on Tour

This project investigates the plays of the Queen's Men, the Elizabethan royal troupe of players, and performances in provincial vernacular buildings. In 2011, I took student actors from the departments of TFTV, History and English to Stratford-upon-Avon Guildhall to work on The Troublesome Reign of King John. The film of the performance can be seen at www.thequeensmen.co.uk.

With Michael Cordner (PI).  Launching with the Dutch Courtesan Project in 2013, the Staging Jacobean City Comedy project seeks to build on a long tradition of investigating Jacobean drama on the modern stage.

Member of the Architectural Research Group at Shakespeare's Globe, conducting research into Elizabethan and Jacobethan playhouse architecture and advising the Shakespeare Globe Trust about developing the Globe theatres according to new research.

Academic consultant for The Rose Revealed project and Purcell Architects in preparation of an HLF bid to excavate the site of the Rose Playhouse and construct a museum and theatre on site. 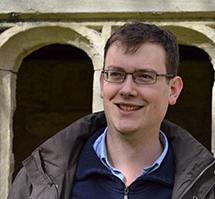