I completed my BA (Hons) in Archaeology at the University of Newcastle upon Tyne in 2002, before undertaking my MLitt, also at Newcastle, in the Mesolithic - Neolithic transition.  My MLitt paid particular attention to issues of diet, consumption practices and funerary monuments within the British Isles under the joint supervision of Nicky Milner and Jan Harding. 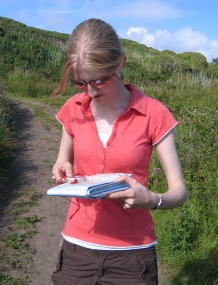