Tents to Towns: the Viking Great Army and its Legacy

Our 2011-18 research project on Viking Torksey has now been extended to understand the wider context of the Viking Great Army. 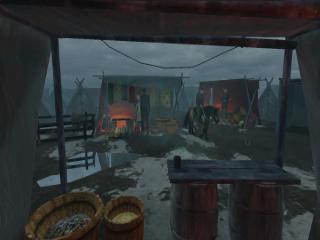 From AD 865 to 879 the so-called Viking Great Army wreaked havoc on the Anglo-Saxon kingdoms, leading to political conquest, settlement on a substantial scale, and extensive Scandinavian cultural and linguistic influences in eastern and northern England.  Yet despite the pivotal role of the Great Army in these events, little is known of it; the available documentary sources provide few insights into its activities and intentions, and until now archaeological evidence has largely remained elusive. For many years excavations at Repton provided the type site, of a small D-shaped enclosure, but this interpretation can now be seen to be flawed and newly discovered winter camps at Torksey and Aldwark tell a different story.‌

Our archaeological evaluation of the site where the Great Army over-wintered in AD 872-3 at Torksey, in Lincolnshire, has demonstrated that further research here has the potential to tell us a huge amount about this critical period, including the composition of the army, what it was doing, and what its legacy was. Based upon our evaluation, ‘Tents to Towns’ is a five-year project which addresses a broad range of inter-disciplinary research to allow us to place Torksey in context. We have four interrelated research questions:

Funding has been provided by the British Academy and the Society of Antiquaries of London.

The research is proceeding through 9 interrelated work packages:

1) Analysis of the PAS database and Historic Environment Records

We will continue our work integrating metal-detected finds recorded on the PAS database with the evidence from published archaeological studies and the ‘grey literature’ reports deriving from developer-funded investigations.

2) Landscape based study of locations and transport routes

The locations of sites with a Great Army signature will be assessed by desk-based study and site visits pursuing our preliminary discovery that they are often located close to river crossings and Roman roads.

To contextualize the locations of the winter camps and other sites revealing the presence of the Great Army, both contemporary and later written sources will be examined.

We will undertake excavations in Torksey, focussing on the winter camp and Anglo-Saxon town.

We will undertake detailed analysis of over 2000 finds, enhancing the database, and increasing our understanding of the range of activities and people on the camp.

Evidence for metalworking will be investigated by typological study and compositional analysis using pXRF and SEM.

We will explore the emergence and development of pottery industries in the three main regions where the Great Army was active: East Anglia, the East Midlands and Northumbria.

Using published reports and grey literature held by ADS and HERs we will analyse the specific contribution of the Great Army to urban development and industry.

Fieldwalking in the Castle Field has retrieved human remains, within an enclosure, radiocarbon dated to the 10th century, and these will be analysed and compared with those from four other 10th-century cemeteries in Torksey, and two groups of burials from the winter camp.

Hadley, D.M. and Richards, J.D. 2018 "In Search of the Viking Great Army: Beyond the Winter Camps", Medieval Settlement Research 33

Richards, J.D. and Haldenby, D. 2018 "The scale and impact of Viking settlement in Northumbria", Medieval Archaeology 62

Hadley, D.M. and Richards, J.D. in prep The Viking Great Army and the Making of a Nation. Thames & Hudson

Hadley, D.M. and Richards, J.D in prep Tents to Towns: the Viking Great Army and its Legacy. Oxford University Press

We are continuing to use innovative digital methods to disseminate our results: