LLB (National University of Singapore)
After law school, qualifying for the Singapore Bar and a brief bout practising as a finance lawyer at a major law firm in Singapore and London, I decided to do something different and obtained a PhD in Film Studies from University College London (UCL), writing my doctoral thesis on digital cinema technologies. Prior to joining York, I held research posts as a Leverhulme Early Career Fellow at the Centre for Research in the Arts, Social Sciences and Humanities (CRASSH), Cambridge University (Visiting Fellow, Wolfson College), and as a Postdoctoral Research Fellow at HUMlab (dually affiliated with the Department of Culture and Media), Umeå University, Sweden. In all, I have lived in Singapore; London; Hong Kong; Sweden; Cambridge and now York, and am fluent in both Mandarin and English.
My academic honours include the Leverhulme Early Career Fellowship, the Overseas Research Scholarship (ORS) Award, the UCL Graduate School Research Scholarship, the UCL Graduate Open Scholarship, and the Singapore Academy of Law Prize (top final-year graduate of the class).
In 2018, I was awarded the University of York Rewarding Excellence Award for my demonstration of academic leadership as well as the University of York Vice-Chancellor's Teaching Award for achievement of teaching excellence. I have been nominated several times by students for a University of York Students' Union (YUSU) Excellence Award in various categories, including "Inspirational Lecturer", "Teacher of the Year", "Supervisor of the Year", and "Promoting Equality and Diversity". In 2020, I was nominated in and received a "Highly Commended" in the "Most Inspiring" category of the 2020 YUSU Excellence Awards.

At TFTI, I am a member of the founding team which set up the Interactive Media BSc programme at York and was first Deputy Programme Leader, then Programme Leader, from 2016-19, and Programme Leader again from Oct 2020-Dec 2020. From 2015-17, I set up and was Chair of the TFTI Ethics Committee. From 2016-19, I was also the Faculty Representative (Arts and Humanities) of the York Graduate Research School Policies and Programmes Sub-Committee. My other previous citizenship roles include being an Admissions Tutor for the Interactive Media BSc programme, as well as a Postgraduate Certificate in Academic Practice (PGCAP) mentor. In 2021-22, I am Chair of the TFTI Board of Studies, which is the primary learning and teaching committee at departmental level.
I have designed and taught a wide range of cinema and digital media courses, including convening and teaching the module, "Coding the Frame: Space and Time with Digital Media", for the Screen Media and Cultures MPhil at Cambridge, and have supervised several MPhil essays and theses. I currently convene and teach two of the humanities modules on the Interactive Media BSc - Digital Culture, Aesthetics and Storytelling; and The Future of Story: Storytelling in the Digital Age (offered cross-programme with the BSc Film and Television Production programme) - and also supervise final-year dissertations and projects.

I work primarily on theoretical, cultural and critical analyses intersecting digital and visual culture, with particular interests in digital imaging, screen cultures and interactive storytelling. My research interests also include the posthuman, the postdigital, computational culture and the digital humanities.
I have given over 20 invited (with all expenses paid) lectures and presentations, the most recent being the keynote for the 2020 Screen Studies Research in a Pandemic training event at the Consortium for the Humanities and the Arts South-east England (CHASE). Other major lectures include the keynote for the 2019 Milan Machinima Festival and IULM University; the keynote for the 2015 Glasgow Postgraduate Research Symposium; and the opening plenary for the 2014 Social Media Knowledge Exchange (SMKE) launch event at the University of Cambridge. In 2012, I was a visiting researcher at the Centre for Cinema Studies, University of British Columbia, Canada; in 2014 and 2018, I was awarded competitive visiting stipends to be a visiting scholar at the Wee Kim Wee School of Communication and Information, Nanyang Technological University, Singapore, and at the Bill Douglas Cinema Museum, University of Exeter, respectively.
My first book, an edited collection titled Understanding Machinima: essays on filmmaking in virtual worlds (Bloomsbury) on the remediation of machinima in avant-garde art, cinema, pedagogy, puppetry, game art, performance, documentary, was published in 2013 as a multi-media academic collection of essays incorporating QR codes and mobile digital content. This collection has been favourably reviewed as "an excellent complement to introductory texts on machinima because it offers a timely exploration of many aspects of machinima that will not be found in most other works on the subject." From another reviewer: "this well-directed dialogue among the authors reveals the complexity of the analysed issues, making for a work that is much more than the sum of the parts.”
My second book is a substantive monograph titled The Post-Screen Through Virtual Reality, Holograms and Light Projections: Where Screen Boundaries Lie (Amsterdam University Press, 2021), which develops new theories of the surfaces on and spaces in which images are displayed, interrogating contemporary contestations of reality against illusion, and evoking screen boundaries as the instrumentation of intense virtualizations which are also part of media gluttony, post-truth and dis/misinformation.
My third book will be about resistances of algorithmic culture. In the meantime, I have also published widely on digital culture and cinema in numerous edited collections and academic journals, including Cinema Journal, Animation, Games and Culture, and Screening the Past.

I was a Co-Investigator on two AHRC-funded projects, "Pararchive" (£400,000), and its follow-up project, "Digital Community Workspaces" (£100,000), both based at the University of Leeds, which aims to co-produce an open digital platform for the creative remediation of archival resource by communities. My other competitive grant awards include a Social Media Knowledge Exchange Scholarship (funded by the AHRC) and successful internal pump priming applications both at York and Cambridge. In 2013, I was the project leader of "Digital Bridges: 'Have You Forgotten Your Password'", an AHRC-funded knowledge exchange project working with playwrights and theatre practitioners at the Watford Palace Theatre, developing a digital art installation in conjunction with the plays and organising outreach workshops during the theatre's season on digital society and culture.

I supervised numerous MPhil dissertations at Cambridge. At York, I am currently supervising or co-supervising five PhD students and two Masters by Research students working on topics including the cultural value of open air cinema; autobiography in vignette games; non-linear storytelling in videogames; story spaces of interactive narratives; and the audio-visual language of brand films. I have supervised two Masters by Research and two PhD students to completion; the latter two are now both in permanent lectureship posts.

I am particularly interested in supervising PhD projects on digital media and culture; digital cinema and imaging technologies; video games and digital culture; posthumanism; post-digital culture; and the philosophy of cinema.

Ng, J., “An Alternative Rationalization of Creative AI by De-Familiarizing Creativity: Towards an Intelligibility of Its Own Terms”, in Pieter Verdegem (ed.), AI for Everyone: Critical Perspectives, London: University of Westminster Press, 49-66, 2021.

Ng, J., “The Cut Between Us: Digital Remix and the Expression of Self”, in David Theo Goldberg and Patrik Svensson (eds), Between Humanities and the Digital, Cambridge, Mass: MIT Press, 217-228, 2015.

Ng, J. and Newsome-Ward, T., “Between Subjectivity and Flourishing: Creativity and Game Design as Existential Meaning”, Games and Culture (accepted).

Luik, J., Hook, J. and Ng, J., “Framing the Startup Accelerator Through Assemblage Theory: An ethnographic study of an intensive hub in Indonesia”, Convergence: The International Journal of Research into New Media (under review).

Ng, J. and Barrett, J., “The Half-Imagined Past: The Audio-Depiction of 1960s Capitalism and Freedom in the Music of Wolfenstein: The New Order and Mad Men”, Kinephanos: Journal of Media Studies and Popular Culture, Vol. 6, Issue 1, December 2016 at http://www.kinephanos.ca/2016/the-half-imagined-past/.

For a full list of my publications, please visit the York Research Database.

I am an external examiner for the BA Digital Media at the University of Roehampton (2019-present), as well as for the MA Media and Communication programme at the University of Liverpool (2020). In 2018-19, I was an external validator/review assessor for the BA (Hons) Film and Media and BA/BA (Hons) Media and Communications programmes at Queen Margaret University. I have also been a PhD external examiner.
I am a member of various professional societies, including the Law Society of Singapore and the Singapore Academy of Law. I am also an Advocate and Solicitor of the Supreme Court of Singapore.
At Cambridge, I was a member of the Social Media Knowledge Exchange (SMKE) Steering Committee, a collaborative project based at the University of Cambridge on social media research and learning, as well as a member of the Cambridge Digital Humanities Steering Committee, overseeing the setting up of a formal and comprehensive DH network in the Cambridge area, principally across University of Cambridge.
In 2018, I am a member of the founding team which started Bi'an, a UK Chinese Writers' Network funded by Arts Council England. 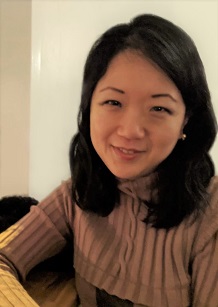