Follow this link for the podcast of the Jonathan Darling Seminar

In 2010, the UK Home Office announced that it would be passing contracts to provide dispersal accommodation and reception services for asylum seekers to a series of private providers. This meant the end of asylum accommodation through local authorities in many of the UK’s largest cities. This paper seeks to explore the impact of this shift in asylum provision and consider what this means for the relation between cities and asylum seekers in contemporary Britain. The paper draws on fieldwork in four UK cities (Birmingham, Cardiff, Glasgow and Sunderland), including interviews with local authority representatives, politicians, asylum and refugee support services and asylum seekers themselves. In considering this empirical evidence base, the paper argues that we may see a troubling narrative of political neglect, shrinking accountability and the slow recession of support services and expertise. As the realities of ‘austerity urbanism’ have interacted with the privatisation of asylum support, so we are witnessing the emergence of new assemblages of authority and governance at the urban level. A limited concern with the social needs of asylum seekers, has been replaced with an increasingly revanchist agenda which seeks to both remove those seeking asylum from political debate and to maximise the economic gains to be made from dispersal. In the growing and emerging ‘asylum market’, I argue that the realities of asylum urbanism are far removed from the potential for political change so often associated with the image of the city as a site of refuge. This does not, however, mean giving up on the city as a space for critical political practices. Rather, it demands a reorientation of how asylum is politicised and an approach that takes seriously the informalities of urban life. In concluding, I draw on the experience of these four cities to suggest that whilst the revanchist practices of asylum urbanism gain ground, their margins still represent contested spaces in which the image of an irregular city may be kept alive. 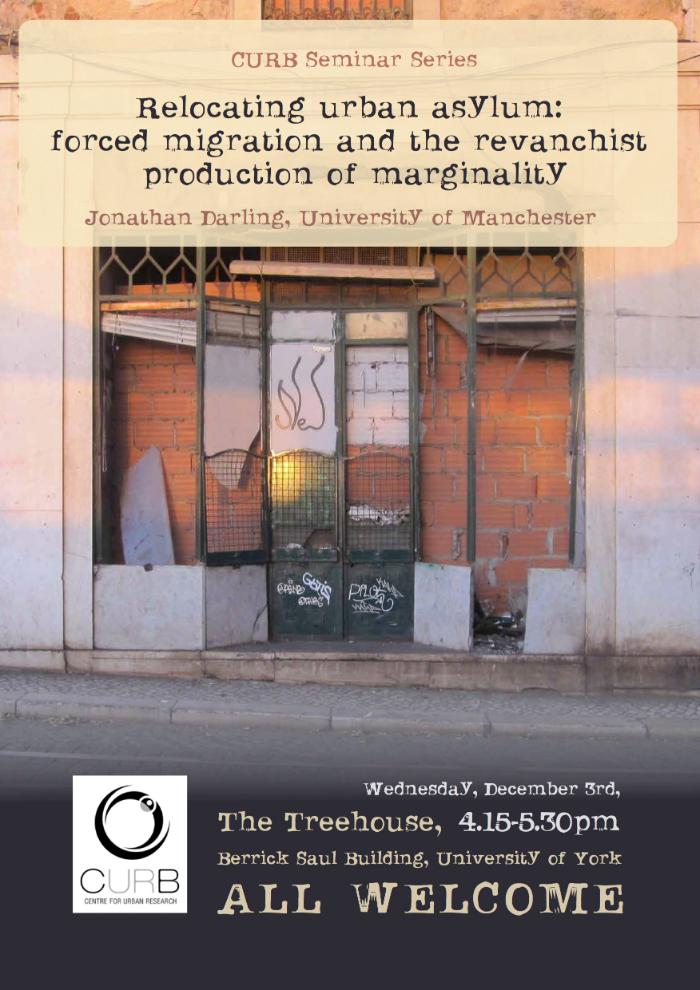