The Collapse of the Motor City Ideal in 1970s Birmingham

On 8 April 1971 the Queen opened Birmingham’s Inner Ring Road by driving its full three and three-quarter miles length around the city’s gleaming new centre. Over fifty years in the making, the Inner Ring was celebrated as one of Britain’s great civil engineering achievements. It made Birmingham the emblem of an almost ‘transatlantic modernity’ in the words of the city’s official historians and Britain’s premier motor city, home to British Leyland and a city recreated to meet the needs of the new ‘car-owning democracy’. In a matter of years, though, the motor city ideal was dead. In 1972 the recently opened Gravelly Hill interchange – the notorious Spaghetti Junction – became the focus of a national debate about motor pollution caused by noise and car emissions, including, most dangerously, lead pollution. And in May 1977 the Sunday Times ran an extensive article on an engineer’s report that the Inner Ring Road was crumbling due to faulty construction, which allowed rainwater to penetrate surfaces, concrete to crack and supporting beams to rust. Without expensive repairs its flyovers and underpasses were in danger of collapse.

This paper explores the politics of automobility in 1970s Birmingham and the disillusion with modernist planning that it embodied. Pollution, corruption and the disintegration of urban motorways were the most highly publicised aspects, but the political reaction was also marked by widescale protests against new suburban roads and dangerous road lay-outs by residents’ associations and women’s groups. Birmingham’s status as a motor city was undermined, I shall argue, by a micro-politics of local democracy which increasingly dovetailed after the oil crisis of 1973 with an international politics which brought mass automobility and the whole project of Britain’s urban modernism into question. 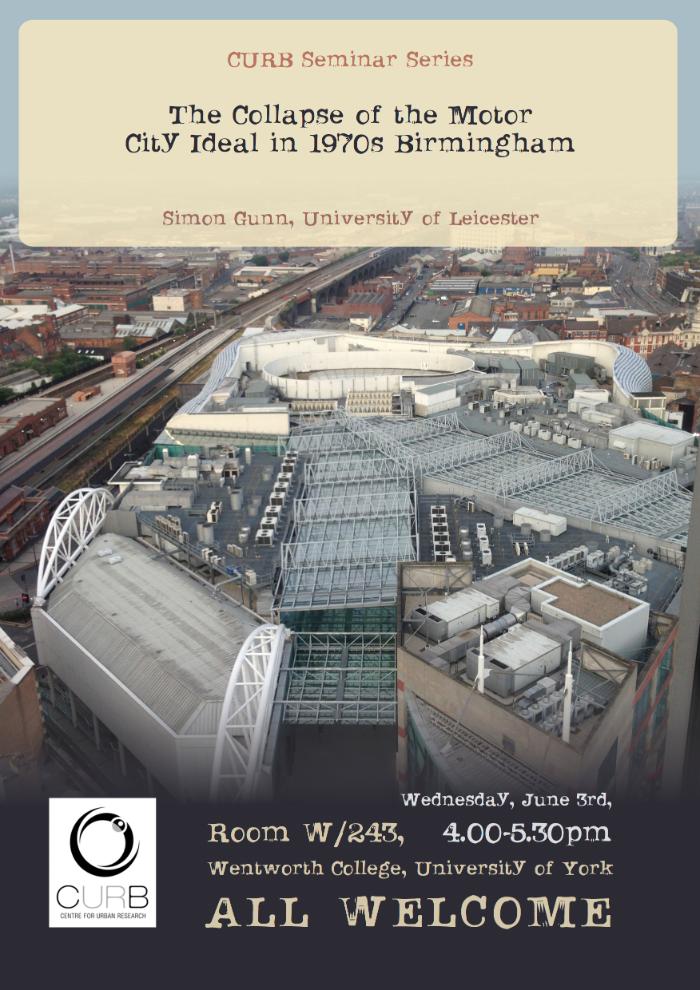