Port Cities and Toxic Hazards: from Tianjin to New Orleans

The recent Tianjin blasts in August 2015 brought public attention, once again, to growing concerns over environmental problems in China. But it also highlighted an important global problem, which is often overlooked: the worrying relationship between port cities, logistics, and toxic hazards. Tianjin is a major industrial port city in Northern China. The Tianjin blasts occurred in a warehouse that stores hazardous and inflammable chemicals, including some highly toxic chemicals such as sodium cyanide. Prior to the blasts, few workers or residents knew that those chemicals were there. This is the case, I suggest, in many other port cities around the world.

Dangerous cargo, including explosives, petroleum products, petrochemicals, chemicals, acids, and radioactive materials, is typically shipped in bulk rather than containers and accounts for more than 50% of cargo transported by sea. Much of the focus on the injustices of international shipping and port city logistics has been on the ubiquitous global shipping container, but little attention has been paid to the relationship between ports and hazardous goods. Dangerous cargo is not only transported through port cities; it is embedded within port landscapes. For example, chemical and petrochemical complexes are typically situated close to ports (e.g. New Orleans, Marseille, Castellón, Dalian), as a result of agglomeration economies of interrelated industrial activities and the technical requirements of shipping transport. The production, storage, and transport of dangerous goods is highly regulated in more affluent regions and less regulated in poorer areas, reflecting an uneven global political economy of profit and risk. Sociologically, it is important to map and reveal global embedded infrastructural port landscapes of toxic hazards— a project that I am currently undertaking-- and to think more critically about their implications for society, the environment, and health. 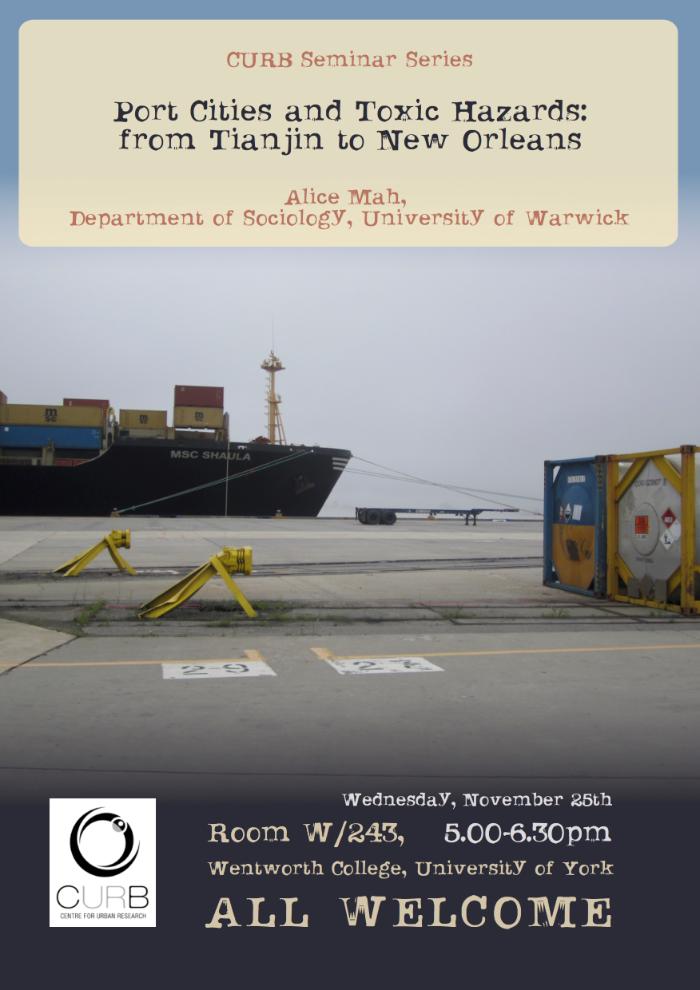