Allison Drew is interested in twentieth-century and contemporary Africa, particularly the dynamics between African states and social movements and struggles over development. Her research has examined the movement for democracy in South Africa, especially the changing relationship between socialism, nationalism and the state and the interactions between national and international movements. Her biography of South African Communist Sidney Bunting examined the relationship of liberal and communist ideologies and the experience of international migration from the perspective of an individual life. Her current project, Visions of Liberation: Communism and Nationalism in Algeria and South Africa, follows the political trajectories of two African liberation movements as they moved from non-violent protest to armed struggle. Her research has been funded by the British Academy and the Arts and Humanities Research Council. 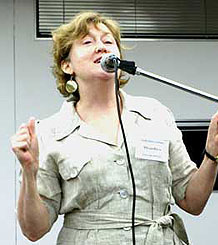