I joined the Department as Professor of International Political Economy in 2012. I previously taught at the University of Sheffield between 2002 and 2012. I currently divide my time between York and London, where I am serving as a Parliamentary Academic Fellow to the House of Commons International Trade Committee. In 2019-20, I was one of 12 N8 Agri-Food Chairs, providing strategic leadership to catalyse interdisciplinary and collaborative food systems research across the N8 universities (Durham, Lancaster, Leeds, Liverpool, Newcastle, Manchester, Sheffield and York). I have held visiting appointments at several overseas universities, including the University of the West Indies, Jamaica; Australian National University; the University of the South Pacific, Fiji; and the University of KwaZulu-Natal, South Africa.

My teaching reflects a long-standing interest in issues of political economy, especially in relation to trade, development, agriculture/food and the environment. My approach to teaching is designed to encourage students to approach economic questions as political scientists: that is, asking who gets what, when and how in international economic relations. More specifically, the focus is on the different ways in which political institutions – and the historical structures and power relations, ideas and economic interests that underpin them – shape distributive outcomes. My modules are based on a variety of different methods of teaching delivery, including both tutor- and student-centred approaches, e.g. lectures, oral presentations, group work, problem-based assignments, plenary debate and discussion. The key objective is to equip students with the conceptual and analytical skills to understand and critically evaluate both theoretical arguments and substantive policy debates. I strive to make the content of my modules both relevant, interesting and up to date.

In the 2021-22 academic year, I will be teaching The Global Political Economy (UG, L2) and Global Trade Politics (MA).

My research interests include global food systems, sustainability governance, global value chains, the political economy of the UK’s independent trade policy and agricultural reform in the context of Brexit. I am the author of three books and numerous articles and book chapters on various aspects of trade and development, economic and environmental governance. I am currently completing a book with Gabriel Siles-Brugge of the University of Warwick, entitled Free to Trade: Global Britain and the Brexit Sovereignty Trap, which will be published with Agenda in 2022.  Since 2016, I have been directly involved, either as principal or as a co-investigator, in over £4 million of research grants from funders including the ESRC, BBSRC, EU Horizon 2020, British Academy, Leverhulme and Nuffield.

I have supervised 14 students to completion on a wide variety of topics, including:

In 2021, I was a member of the UK Government Office for Science Commission for ‘Rebuilding Resilient Britain’ and a co-author of its final report. I have advised DEFRA, Coop Food, the Food Standards Agency and the World Bank Group, among others. My work on soy was cited in the Dasgupta Review on the Economics of Biodiversity, which was commissioned by the UK Treasury.  My research has also featured in Bloomberg, Independent, The ‘I’, Press Association, Times, and the Yorkshire Post.  I am also a regular contributor to the public debate on international trade, food and the environment. I have published numerous recent commentary and opinion pieces, including: Food Matters Live, The Conversation, UK in a Changing Europe, LSE Brexit Blog, Yorkshire Post, SPERI and Nature Food. I am on the steering group of the N8 Agrifood Policy Hub and co-edit the journal New Political Economy. 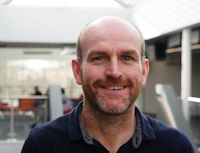