Tim completed his doctorate at the University of Oxford in 2013. His thesis explored the importance of the late Hellenistic philosophical traditions, and especially a variety of academic scepticism identified closely with Cicero, to the development of British moral, religious and political thought from Locke to Hume. (A revised version of the thesis will be published as a monograph by Oxford University Press in early 2018.) From 2014-17 he was a postdoctoral Research Associate on the European Research Council-funded interdisciplinary project, Crossroads of Knowledge in Early Modern England: The Place of Literature, at the University of Cambridge. He is a Fellow of Clare Hall, Cambridge.

I am an intellectual historian of early modern Europe. I work on the relationship between moral philosophy, theology and political thought, and on the shift from natural jurisprudence to political economy as the primary framework in which this relationship was addressed.  In so doing, my focus is trained on the early modern debate over the origins and implications of human (un)sociability: a debate to which practically every contemporary philosopher of note contributed. My first monograph explored how British philosophers from Locke to Hume turned to the late Hellenistic world, and in particular to the writings of Cicero, as offering valuable insights into the origins and sustaining mechanisms of civil society. It also showed how the relationship between classical moral philosophy (such as Cicero’s), and revealed Christian moral theology, remained a vexed issue throughout the eighteenth century (not least in Scotland).

My new monograph project is provisionally entitled Recognition and Respect in Early Modern Philosophy: From Hobbes to Hegel, and (as the title suggests) adopts an ambitious chronological and geographical scope. It argues that early modern European philosophers were not concerned merely with how individuals ‘made’ civil societies, whether by contract or some other means. They were also deeply invested in the question of how civil societies ‘made’ rational and trustworthy individuals through processes of habituation and socialisation. From Hobbes onwards, one characteristic of human nature in particular received pronounced attention from European philosophers. This was the universal desire for esteem and recognition, which helped to explain why socialised individuals accommodated themselves to the norms – most importantly, the moral norms – which prevailed in their societies as a means of securing others’ approval. This pervasive emphasis on the malleability of the individual self was recognised to have deeply troubling implications for moral autonomy and personhood. Among those who made original contributions to this debate, I focus particularly on Hobbes, Nicole, Locke, Mandeville, Montesquieu, Rousseau, Hume, Ferguson, Smith and Hegel.

I have related interests in epistemology; contemporary political and critical theory; the history of scholarship; the reception and transmission of ancient philosophy, especially scepticism; the transnational movement of ideas; the history of print and the book; the comparative history of religion; early modern historiography; and the history of science.

From Moral Theology to Moral Philosophy: Cicero and Visions of Humanity from Locke to Hume (Oxford University Press, forthcoming 2018).

‘“A burthen too heavy for human sufferance”: Locke on reputation’, History of Political Thought, 38:4 (Winter 2017).

2017. (With Heikki Haara), ‘Beyond individualism: esteem, recognition and sociability in Pufendorf and Locke’ (part of a panel on ‘Recognition before Rousseau: esteem and self-love in the Western philosophical tradition’). Inclusion and Exclusion in the History of Ideas, organised by the Helsinki Centre for Intellectual History. University of Helsinki, 14-15 December.

2017. ‘Reading Cicero in the British Enlightenment’. The Rethinking of Religious Belief in the Making of Modernity, organised by the International Society for Intellectual History. American University in Bulgaria, 30 May – 1 June.

2016. ‘Natural law, custom and history from Hooker to Locke’. Early Modern Philosophy and the Scientific Imagination seminar. SOAS, University of London, 14 May. 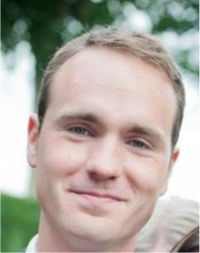