Project: The Marxist Humanist Tradition: From the 1844 Manuscripts to the Present

The publication of Karl Marx’s Economic and Philosophic Manuscripts of 1844 changed the course of Marxism and helped to influence the trajectory of the twentieth century. Appearing first in Russian in 1927, then in the original German in 1932, and then in French in 1933-4, the 1844 Manuscripts circulated in Central and Western European intellectual circles at a time when the European continent was increasingly falling under the sway of despotism. What was most revolutionary about these writings was the incontrovertible evidence they offered of a ‘humanist’ Marx: a Marx for whom communism consisted not in the mere abolition of private property in its negative sense, as was the case in USSR under Stalin, but in the wholesale re-arrangement of socio-economic life in a manner that would enable the maximal positive fulfilment of the ‘all-round individual’. As discussion of these Manuscripts became more and more widespread, and as the anti-colonial revolutions swung into full gear, a diverse but distinct group of thinkers united in greater and lesser degrees of unity around a distinctively Marxist humanist thematic arose, spread across the world from Europe, to the Americas, to Africa, to China. Focusing on figures such as C. L. R. James, Raya Dunayevskaya, Erich Fromm, Aimé Cesairé, Frantz Fanon, Henri Lefebvre, the Yugoslav Praxis philosophers, and Karl Kosík, among others, the present research will resurrect the shared concerns that enlivened their works, providing the first detailed consideration of the tradition as a tradition. In so doing, it will not only place the works and engagements of these Marxist Humanist thinkers in relation to the debates (over humanism, the human, race, class, gender, and more) that structured not only Marxism but the academy and wider social life in the twentieth century and beyond, revealing the enduring interest and significance that the tradition has for the manifest challenges of the present.

A Report from California

The end of the first of my two outbound years at UC Santa Barbara is fast approaching. It has been a great experience of sun, seminars, public engagements, not to mention many conference and archival visits. The staff and students at UC Santa Barbara (a place where they have skateboard lanes and students go surfing on their lunchbreak!) have been incredibly helpful and welcoming. Professor Kevin Anderson and Lisa Blanco, and the entire support staff in the Sociology Department deserve especial mention, but the wider department, from graduate students to professors and the attendees at the regular Social Movements workshop have been part of what has been an inspiring experience.
As Marie Skłodowska-Curie Global Fellow researching the Humanist Marxist Tradition, I travelled to Trinidad and Tobago to vist the C.L.R James Collections at The University of the West Indies, St. Augustine, and the Oil Workers Trades Union, San Fernando, as well as to the C.L.R. James Papers at Columbia University. I also visited the New York Public Library, where they store part of Erich Fromm's literary estate, and Chicago, where the Raya Dunayevskaya Papers are held. The opportunity to explore the history of these central figures to the Humanist Marxist Tradition has been a real privilege, one that reminds me of the breadth of what Dunayevskaya spoke of as 'the dialectics of liberation.' This issue is something that will be explored at greater length in Raya Dunayevskaya's Intersectional Marxism: Race, Gender, and the Dialectics of Liberation (Palgrave Macmillan, Forthcoming), edited by Kevin B. Anderson, Kieran Durkin, and Heather A. Brown.
The last few months have been particularly busy, including talks at the Science Studies Colloqiuem at UC San Diego, the Carribean Philosophical Association Conference at Brown University, and the Left Forum Conference at Long Island University, Brooklyn. Interspersed between these talks, have been regular presentations at the Poetic Research Bureau in Chinatown, on the edge of downtown LA, a place where academics and the general populace congregate to attempt to transcend the division between the sacred realm of the academy and the profane realm of the everyday world. 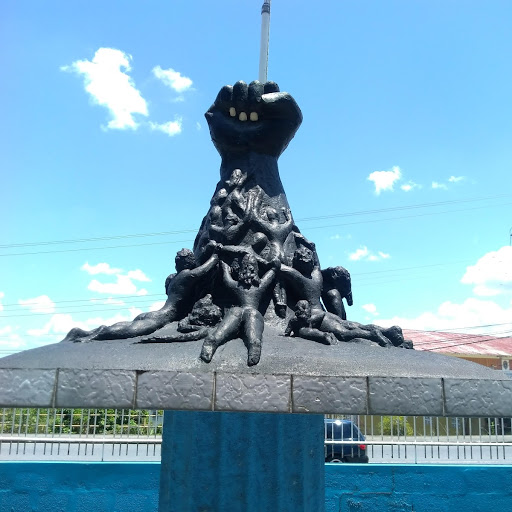