Jappe’s main research and teaching interests are in the fields of International Political Economy, Global Governance, and European and Asian Regionalism. More specifically, most of his research to date has focused on the politics of trade, business-government relations, global value chains and, since recently, global health governance. His work has been funded by the Research Foundation Flanders (FWO), the European Commission (Marie Curie Fellowship) and the National Institutes of Health in the US and has been published in several leading international academic journals. His book “Business Lobbying and Trade Governance: The Case of EU-China Relations” was published by Palgrave in 2015.

Jappe’s work has so far focused in particular on the preferences, political involvement and influence of firms in regional and international economic governance. One key element in this research is to assess to what extent the globalisation of production – and the resulting changes in corporate strategies – has an impact on preferences, lobbying behaviour and political power of firms. Initially, Jappe mainly looked at the lobby strategies (lobbying through national-, regional- or international channels) and the circumstances under which firms overcome collective action problems and wield influence on trade policy decisions in the context of the EU (with a special emphasis on EU-Asia relations) and the World Trade Organization (WTO).

However, over time, he has expanded his research agenda to broader aspects of global trade governance and regulation and to economic policy-making beyond trade. For instance, he has analysed and compared the design of various international economic institutions (e.g. dispute settlement systems in trade and investment agreements), as well as the commitment and support of countries to rules set by economic international organizations and courts. In addition, he has initiated a research project on the changing role of emerging- and developing countries in the global political economy, which looks in particular at emerging Asian states in regional and global economic governance. Finally, Jappe is member of several international research teams working on global health governance in general and tobacco control policy more specifically.

For more details on Jappe’s research, visit his ResearchGate page or see his Google Scholar profile. 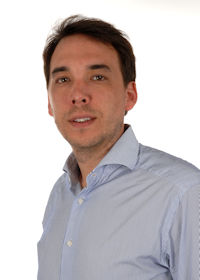