Gabriele Badano is a political philosopher with a track record of interdisciplinary work. His main research interests include liberal theories of public justification of political decisions, the task of countering the rise of extremist views in society without contradicting the basic commitments of liberal democracy, ethical principles applying specifically to public administration, and issues of justice and fairness in resource allocation and other dimensions of health policy.

Before taking up his position at York in 2018, Gabriele held a three-year postdoctoral fellowship at the University of Cambridge, where he was based at the Centre for Research in the Arts, Social Sciences and Humanities and at Girton College. Gabriele holds a PhD from the Department of Philosophy at University College London as well as an MA and a BA in Philosophy from the University of Genova, Italy.

He is interested in supervising PhD students in political philosophy and normative political theory, especially but not exclusively in the research areas that are mentioned above.

Gabriele’s current research includes a joint project with fellow Department member Alasia Nuti, for which they have received a book contract from Oxford University Press. In this project, they draw on and develop elements of John Rawls’s framework of political liberalism to illuminate how liberal democratic societies should fight illiberal and antidemocratic views without themselves contradicting any core liberal democratic commitments.

Gabriele has a long-standing interest in the framework of public reason, which in essence requires that political decisions be justifiable across widely different religious, philosophical, and to some extent even political doctrines. He is currently working on how to extend this framework so as to include a close focus on public administrators, exploring issues including what it means to reason publicly specifically at the level of public administration and how public administration agencies should be designed so as to protect the ability of their members to provide authentically public reasons.

Gabriele also plans to continue looking at issues in health policy, e.g. as case studies for his work on the political philosophy of public administration.

For his published papers and some work in progress, see here. 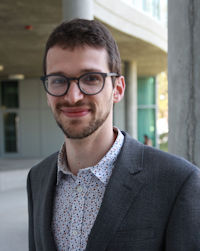