Claire's research interests are in the comparative politics of conflict management, intervention and peacebuilding in the context of democratic transition. Her particular focus is on the politics of illiberal peacebuilding in contested states. More broadly, Claire works on the national and sub-national politics of post-war governance, the impact of ethno-religious violence, and responses to mass atrocities and civil war. Her geographical expertise is in Southeast Asia, especially Indonesia and Myanmar, as well as Timor-Leste and Cambodia.

Claire co-founded and co-convened the ESRC Strategic Network on ‘Comparative Peacebuilding in Asia’.  This international network was led by early career scholars from the LSE, the ANU in Australia, and Gadja Mada University, Indonesia, along with scholars and practitioners from South and Southeast Asia, to support novel, policy-relevant and interdisciplinary research on liberal and illiberal transitions from ethnic conflict and authoritarianism. Most recently, Claire’s research has focused on the political impacts of and responses to mass atrocities in illiberal contexts, in collaboration with the Norwegian Centre for Holocaust and Minority Studies; and on the enduring legacies of illiberal peacebuilding in Southeast Asia, with collaborators at Umeå University, Sweden.

Claire’s research has appeared in leading journals such as Conflict, Security and Development, Third World Quarterly and Peacebuilding. Her research has been funded by the ESRC, The Asia Foundation, and The World Peace Foundation.

Before her career at York, Claire was a Teaching Fellow at the LSE and at the School of Oriental and African Studies (SOAS). She has also held Visiting Fellowship at the LSE and the University of Indonesia. Claire has a PhD in Development Studies from the London School of Economics and Political Science (2009), an MA in International Affairs from Columbia University (2001) and a BA Hons in Politics, Philosophy and Economics from Balliol College, Oxford University (1997).

Claire’s current research focuses on the political impacts of and resistance to mass atrocities in illiberal and newly democratising contexts, and the enduring legacies and trajectories of illiberal peacebuilding in Southeast Asia. Around these themes, she is working on three main projects.

In collaboration with colleagues at the Norwegian Centre for Holocaust and Minority Studies (Dr Ellen Stensrud), and the University of York (Dr Gyda Sindre), this project explores how past and present mass atrocities and genocides impact contemporary politics. In particular, the project examines how minority groups resist and respond to escalations in mass violence, with a focus on cases from Southeast Asia and the Balkans. The research group received seed-funding from the University of York for a conference panel and workshop held in connection with the 14th Conference of the International Association for Genocide Scholars held in Cambodia in July 2019. The panel and subsequent workshop laid the foundation for ongoing collaborative research and activities on this topic.

Claire is currently working on a book manuscript on the politics of illiberal peacebuilding in Indonesia, comparing conflict management strategies across major cases of civil war and ethno-religious violence during the democratic transition.

I supervise in the areas of development politics, conflict and peace studies broadly, and Southeast Asian politics in particular. I currently have PhD students working on topics related to corruption in Indonesian politics, militant Islamism in Southeast Asia, illegal migration and citizenship in Cambodia and the comparative politics of defence budgets in developing countries. I have also supervised a PhD on gender politics in the US military to completion. I am keen to supervise projects in any of my research areas. 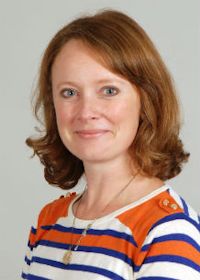