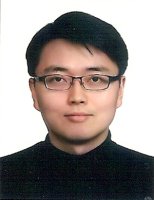 Since 2019, he has been working for the School of Physics, Engineering and Technology, University of York, as a senior lecturer. Prior to this, Dr Ko worked at several places. In 2007, he joined Samsung Elec. Co., as a senior research engineer. In 2008, he returned to academia as a postdoctoral fellow in Electrical and Computer Engineering at the University of Alberta, Canada. He worked in the CCSR/5GiC, University of Surrey, UK, between 2010-2013 as a research fellow and then senior fellow. Between 2013-2019, Dr. Ko worked for the ECIT Institute at the Queen's University Belfast, as a lecturer. He has authored or co-authored over 50 publications, mainly in highly ranked IEEE international journals and at peer-reviewed IEEE flagship conferences. Dr Ko is the recipient of several EPSRC grants (e.g., EPSRC First Grant Award). He is on the Editorial Boards of the IEEE Open Journal of Vehicular Technology (OJVT) and the Elsevier Journal on Physical Communications and acts as a member of the EPSRC Peer Review Associate College. Dr Ko has actively been involved in the technical programme committee for major international conferences (e.g., PIMRC2013-present, VTC2013-present, Globecom2017).

Dr Ko's main research interests are the application of machine (deep) learning and signal processing for wireless communications, including the following: