Visit Brent Everitt's profile on the York Research Database to:

I did my undergraduate degree in Auckland and postgraduate degrees in Toronto and Auckland. After short positions in Aberdeen, Warwick and Durham, I moved to York in 1999.

I am interested in algebra, topology and combinatorics. Preferably all three at once. 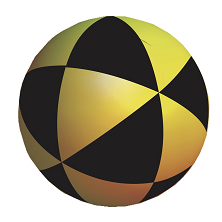 An apartment in a building of type A3 (view on PURE)

You can find most of my research articles on the arXiv.

‌An ongoing project, joint with Paul Turner. This is mainly the cohomology of sheaves on small categories. These play a similar role in homological algebra to that played by modules in other parts of algebra: they provide a unifying framework into which you can shoehorn a variety of different areas and problems. A lot of this stuff grew out of work that we did on the Khovanov homology of knots and links. Here are some recent lecture notes on Khovanov homology for beginners.

Quite a few years ago now I proved that every Fuchsian group has among its homomorphic images all but finitely many of the alternating groups. This answered an old conjecture of Graham Higman that had its origins in the study of groups of conformal automorphisms of Riemann surfaces. Here is a very old talk on this and its connection with the congruence subgroup problem. So I have always been interested in the representation theory of infinite discrete groups. More recently, and as an off-shoot of the partial symmetry programme, I have become interested in the representation theory of inverse monoids.  Here are some recent lecture notes on the representations of inverse monoids, written mainly for group theorists.

I work less on this these days, although there are a few open problems that still bug me (particularly this old chestnut: what is the minimum volume of a compact hyperbolic 4-manifold?). Over the years I worked with John Ratcliffe, Steve Tschantz and Colin Maclachlan (Aberdeen). Most of this work has been on the volume spectra of orientable hyperbolic manifolds in a given dimension, usually an even dimension, where the presence of an Euler characteristic makes life a lot easier. A highlight was a solution to the Siegel problem in 6-dimensions, with the construction of a minimal volume orientable (but non-compact) hyperbolic 6-manifold. The construction is essentially algebro-combinatorial and uses Coxeter groups.

I am happy to discuss potential PhD projects in any of the above areas.

The African Institute of Mathematical Sciences (AIMS) was originally founded in Cape Town, South Africa in 2003 and has subsequently spread to be a pan-African centre with Institutes in Senegal, Ghana, Cameroon and Tanzania. The emphasis is on postgraduate training and research for talented students recruited from all over Africa. AIMS brings lecturers from around the world to teach intensive courses. I have been involved with AIMS Ghana since it opened in 2012, visiting five times to teach. 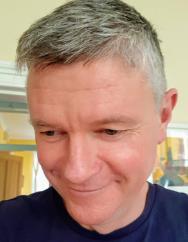 (just the ones from this millennium...)