Language and migration in Europe and China: fragmentation and integration 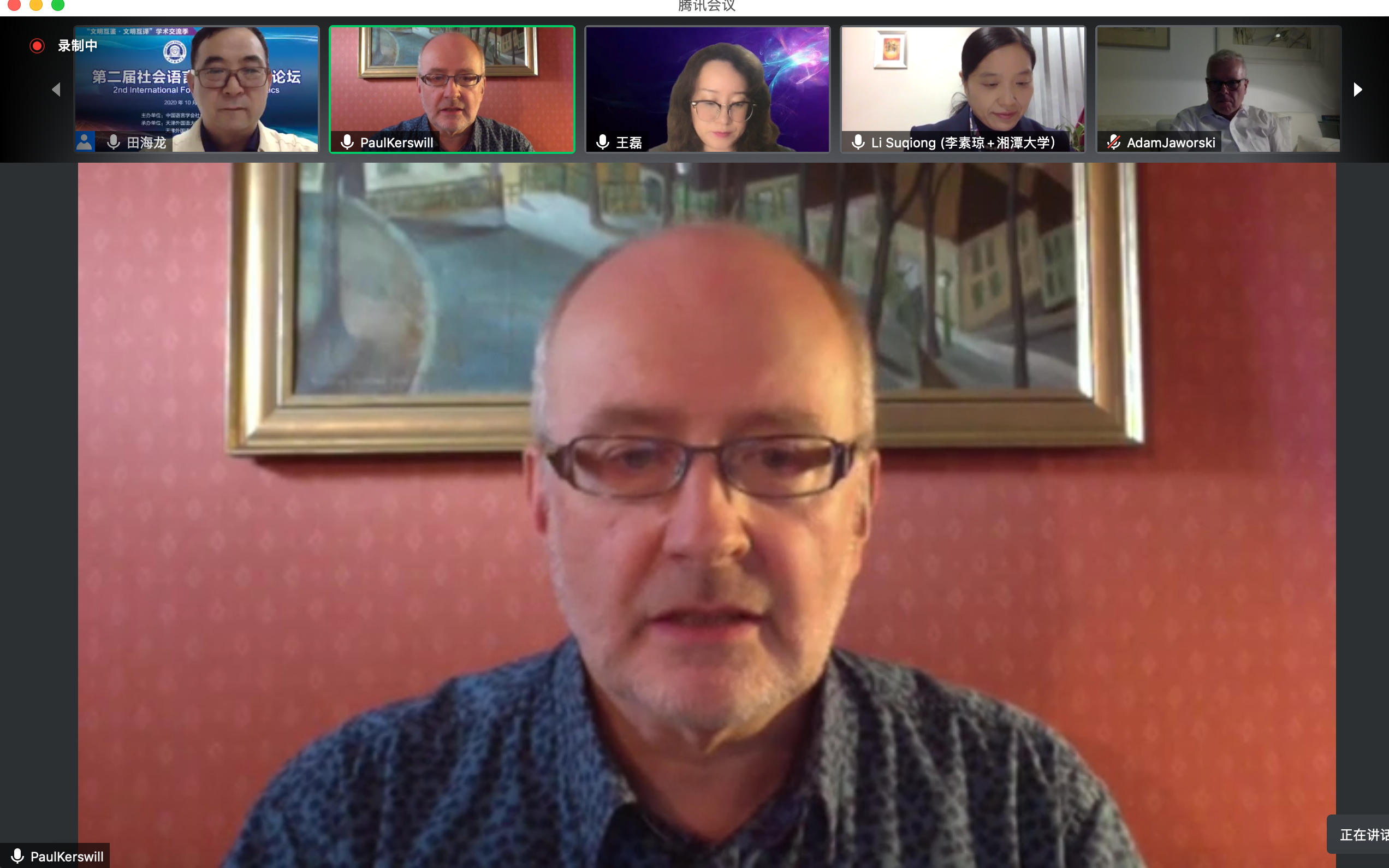 Prof Paul Kerswill (Dept. Language and Linguistic Science) was an invited keynote speaker at the second International Forum on Sociolinguistics at the Tianjin University of Foreign Studies on 19th October. In his lecture, he compared the linguistic consequences of large-scale migrations in China and in Europe, noting that migration in China was almost entirely within the country - despite being on a globally unprecedented scale - while that in Europe mainly involved immigration from other countries. He compared the rise of new urban dialects in Europe, such as Multicultural London English, with the profusion of dialects now found in Chinese cities.

"Europe and China are different in so many ways, but both are very large entities with around 300 languages spoken. It’s fascinating to see the similarities and differences, but both are struggling to reconcile the local needs of their populations with the integration that each state desires. It was good to meet sociolinguists from other parts of the world, despite having to communication online." - Prof. Paul Kerswill, Department of Language and Linguistic Science.