The four appointed individuals all found the opportunity extremely beneficial and have now moved onto significant new roles. They reported that the two years gave them the breathing space and independence to develop new collaborations, grow in confidence and carve out their own particular niche while being able to draw on strong mentoring support when needed. Further details of what they did and what they have moved onto are below.

Neurodegenerative Disorders and the Handwriting of Medieval Scribes: Using the Past to Inform the Future 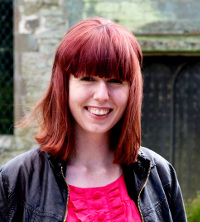 Deborah's project combined the latest techniques in digital image processing with historical handwriting analysis to detect the presence of different types of tremor in the writing of Medieval Scribes.

The project had three central aims:

Firstly, to develop a digital technique for handwriting analysis that is applicable in the context of chronic diseases and disorders.

Secondly, to gain insight into the impact of the movement disorders caused by neurological conditions on the working lives of medieval scribes.

Thirdly, to demonstrate the value of collaborations between the humanities and sciences in a way that has not been previously demonstrated in the medical humanities.

In the era before the printing presses, scribes were professionals who relied on their handwriting to earn a living. Thus, the handwriting data informed a study of whether these distortions affected or prematurely ended their careers. The project was novel, challenging and truly interdisciplinary, forming an unconventional connection between the humanities and sciences that has never been attempted before.

Deborah found the experience of navigating these disciplinary boundaries challenging and rewarding in equal measure and believes that this ultimately led to a 'more nuanced combination of voices and approaches'. 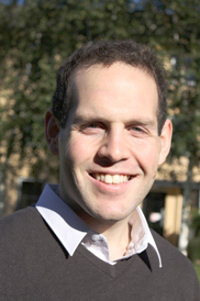 Although insomnia is a major risk factor for depression and other mental health illnesses, how sleep deprivation affects emotional regulation and psychological stability has received limited research.

In recent work, an auditory stimulation technique delivered to individuals in deep sleep enhanced a pattern of brain activity known as slow oscillation activity. Because slow oscillation activity is thought to support emotional cognition, such auditory stimulation may also overturn the affective regulatory impairments and fatigue induced by insomnia and, therefore, translate into a therapeutic intervention for individuals with mental health problems that co-occur with restricted sleep.

This project first examined the costs of partial and prolonged sleep deprivation for emotional regulation, as well as the importance of sleep slow oscillation activity for this process, and then looked at whether boosting slow oscillation activity with auditory stimulation in deep sleep can improve emotional regulation and alleviate fatigue after sleep deprivation has occurred.

Successful completion of this project will pave the way for longer-term translational research plans to examine the therapeutic benefits of slow oscillation stimulation in clinical populations.

Scott has been awarded a £1.45M MRC Career Development Award to set up a new research group in the Department of Psychology here at York in order to embark on longer-term translational research plans to examine the therapeutic benefits of slow oscillation stimulation in clinical populations 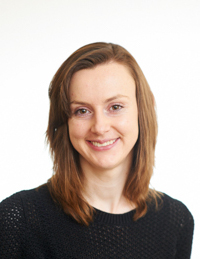 Memories and knowledge can be retrieved in an automatic fashion (from strong cues) or in a ‘controlled’ manner, to suit the situation (e.g., retrieving SALT with ROAD when it is icy, or SALT with KETCHUP for chips).

Chronic aphasia (i.e., impairment of language and conceptual processing) affects 250,000 stroke survivors in the UK, and this figure will rise as the population ages, despite recent advances in stroke medicine.

This project tested the hypothesis that damage to controlled retrieval in stroke aphasia elicits uncontrolled or 'rampant' automatic retrieval even when this is inappropriate. This might impair memory of an event, where there is retrieval of related information that was not part of the original experience (i.e. creating a false memory).

A series of neuropsychological studies were used to help determine whether damage to the control network produces disordered retrieval of events, using both word and picture tasks. Brain imaging was used to assess the neural mechanisms responsible.

The control network damaged in these patients is thought to be involved in a wide range of tasks – however, the consequences for event memory have not been explored previously. This project was the first to assess episodic retrieval in stroke patients and has opened up many new avenues of research in the future.

Hannah reflected that the Fellowship afforded her 'a huge amount of academic freedom' and enabled her to be identified fully as 'a reseacher in her own right' and she has since taken up a position as a Lecturer at the University of Surrey. 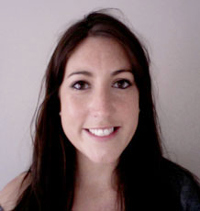 Cystic fibrosis (CF) is a genetic disorder where viscous mucus causes obstruction of the airways, predisposing patients to lifelong lung infections. The most common pathogen infecting the CF lung is Pseudomonas aeruginosa. P. aeruginosa is a harmful bacterium that produces a large arsenal of secreted molecules - its ‘secretome’ - that cause damage to host cells and tissues, e.g. enzymes and toxins that attack host cells, and scavenging molecules to steal host resources.

During long-term infections, P. aeruginosa populations rapidly evolve to adapt to life in the CF lung, often resulting in altered levels of these secreted molecules. Because so many of these secretions cause damage to the host, this rapid adaptation may have important consequences for virulence. However there is very little data available to test this exciting idea. In this project Siobhan set out to follow changes in P. aeruginosa’s secretome during longterm infections in a group of adult CF patients and to test how the evolved changes in the secretome affect bacterial fitness and virulence and determine which secreted molecules are associated with worsening patient symptoms.

Siobhan has gone on to pursue a postdoctoral fellowship at ETH Zurich in Switzerland.