Science is for Parents Too! 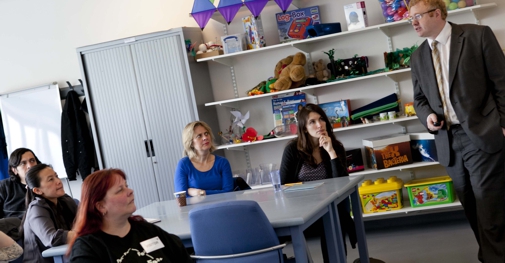 C2D2 helped to arrange talks by three biomedical researchers at York for the 'Science is for Parents Too' project which is run by the Centre for Lifelong Learning at York and supported by the Wellcome Trust. This project is designed to support the learning of primary school and Year 7 children by teaching their parents the science which is included in the national curriculum.

Professor Norman Maitland from the YCR Cancer Research Unit in the Department of Biology discussed progress in fighting prostate cancer, while Dr Dimitris Lagos of the Centre for Immunology and Infection (CII) gave an engaging talk on "The Perfect Virus" during which the participants were given the opportunity to design their own virus. The final talk was given by Dr Mark Coles, also a member of CII, on the theme of immunity and blood.

The parents enjoyed all of the talks, asked many interesting questions, and were particularly enthused to have met research scientist who were at the top of their fields.