We’ve been enjoying high temperatures in York this week but our remote work goes on!

This week we’ve added a full catalogue which greatly adds to our knowledge of the development of the village of Skelton, near York, and begun the epic task of transferring the catalogue for the Community of the Resurrection at Mirfield to Borthcat.

Our first addition is the Place Deeds and Papers which chart the acquisition and development of part of the ancient manor and estate of Skelton by the Place family.  The estate was owned for many years by the Brooks family but was divided into four lots on the death of the last Brooks heir in 1784.  Two of the lots were subsequently bought by Mary Place, widow, and on her death the estate passed to her son, Edward, who built a grand house for himself there, named Skelton Grange.

The archive predates the Place’s purchase of the estate by more than 200 years, charting ownership from the mid-sixteenth century when King Henry VIII distributed the Skelton lands that had been taken from St Mary’s Abbey, York, following the Dissolution of the Monasteries.  Eagle eyed genealogists will also spot a very familiar name in a conveyance of 1783, the Reverend William Dade, responsible for some of the most detailed and useful parish registers in North Yorkshire.  Dade introduced a new, and sadly short lived, method of recording additional family information in records of baptisms, marriages and burials, including occupations, dates of births, and details of grandparents, making them something of a windfall for family historians.  You can see a list of the ‘Dade Registers’ at the Borthwick here.

Our second new addition is the first part of a much larger catalogue, that of the Community of the Resurrection, an Anglican religious order for men based at Mirfield, who work for the advancement of religion in the UK and overseas.  The Community was founded in 1892 in Pusey House, Oxford.  In its earliest years it was led by Charles Gore, but after Gore was appointed Bishop of Worcester, leadership passed to Walter Howard Frere, and it is Frere’s papers that form the first part of the archive to be uploaded to Borthcat.  Frere had been one of the original members under Gore and under his leadership the Community underwent considerable expansion.  In 1902 Frere opened The College of the Resurrection, a theological training college for ‘men without means’, adding a second theological college in South Africa in the same year. 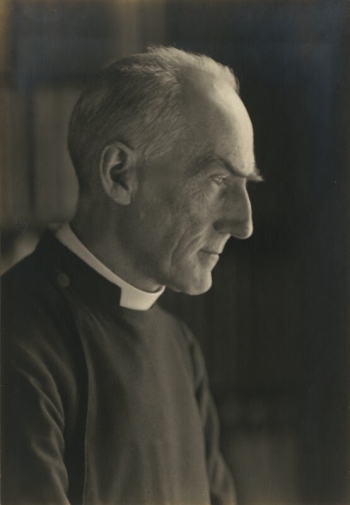 Frere was later made Bishop of Truro but continued to hold membership of the Community.  As a leading figure in the Anglican church, Frere’s archive covers many important theological events, including the proposed revision of the Book of Common Prayer and the Malines Conversations, a series of informal discussions between prominent Anglicans and Roman Catholics in the 1920s to explore the possibility of a reunion between the two churches.  In Malines he worked alongside Charles Lindley Wood, the 2nd Viscount Halifax, whose archives are also held at the Borthwick and include a series of papers on the Conversations.

Look out for more series from the Community of the Resurrection archive in the future!Frere’s professional papers are of obvious interest to researchers, but still to be better explored are the private papers that make up one of the last series in his archive.  Frere inherited several hundred family letters from his aunt Ellen Spring-Rice, dated between 1809 and 1869.  The letters are primarily those of Frere’s aunts Augusta and Isabel Frere, his mother Emily, and grandmother Mary, who is credited with making Downing College, Cambridge, a social centre when her husband was Master there from 1812.  The letters are not yet listed individually but remain in the bundles into which they were sorted by Frere.  Together they add an intriguingly personal, not to mention feminine, angle to a largely male-centric archive.  A closer reading of them may yield fascinating results and shed more light on the family and early life and influences of Walter Frere himself.