Chris and Katherine Webb retire from The Borthwick Institute on 5th April 2019. 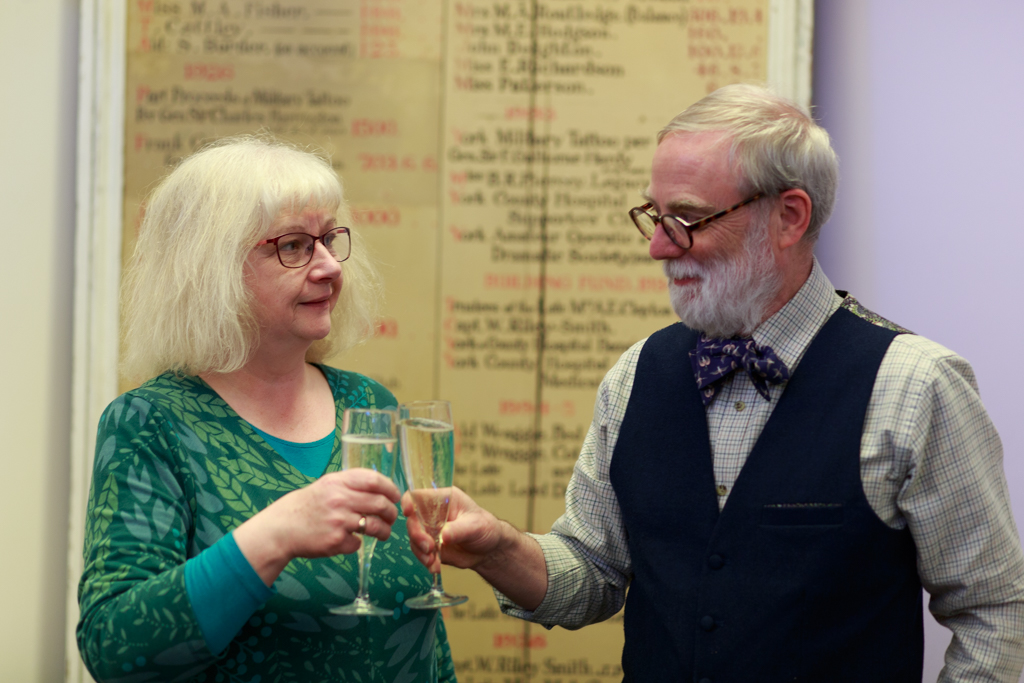 As many will be aware, the Borthwick says farewell to Chris and Katherine Webb on the 5th April. Chris and Kath have been a massive part of the Borthwick, and it’s strange to think, for all of us, of a time both before and after them.

It's hard, in a few short paragraphs, to list the ways in which the Borthwick has changed in their time with us.

Obvious highlights include the acquisition of the York NHS Archive (and Kath) in the 1990s which brought us our strength in mental health and medical archives; to Chris's work in bidding for and then, undertaking, the move from St Anthony's Hall to our current site in the early 2000s.

Kath’s work to list our many hospital and health archives - including a huge efforts to list The Retreat archive - has opened up our world-leading archives in mental health care to an international audience. Her tireless writing work on major 20th century York figures such as Oliver Sheldon and, in a forthcoming Borthwick publication, on JB Morrell, has helped us to understand and reconsider the major movements that brought both the Borthwick and the University of York into existence.

Chris’s work, both as Searchroom Archivist and, since 2000, as Director (later Keeper of Archives) has been truly transformational. Beyond the move of the Borthwick to the main University campus, there have been projects to digitise the Cause Papers and Archbishops Registers; and even latterly, bidding and spearheading major projects to catalogue the archive of the Yorkshire Wildlife Trust; the creation of the Yorkshire Historic Dictionary and the current cataloguing projects for the Rowntree Family and Trusts and Alcoholics Anonymous GB Archive.

There's the acquisition of archives large and small; the many relationships we've built with figures both within and without the University; and the major national working groups and policy initiatives that have felt the benefit of their drive, input and thought.

But finally, one thing that has struck us all in the last few weeks is how much they’ll be missed, not just from the Borthwick family, but from the wider archival world. Many people have been in touch with us to say how working with, or listening to, Chris and Kath has set them on their journeys to becoming archive professionals. It’s fair to say that the current archives landscape in the UK would not be quite the same without them around.

We will, as you can imagine, miss them both greatly, but we're sure they won't be strangers. The Borthwick won't be the same without them.

The final word must go to Chris:

"Archives tell us who we were, who we are, and who we might become."