At least 500 shell mounds occur along the four main rivers that flow into Albatross Bay, the largest over 10 m in height. Successive explorations have taken place over the past five decades by Richard Wright, Geoff Bailey, John Beaton, John Chappell, Roger Cribb, Tim Stone, Mick Morrisson and Justin Shiner. Much of the earlier work focussed on the controversy over whether the shell mounds are natural or cultural deposits, and more generally on the processes of shell-mound formation and their relationship to the long-term social and ecological history of the Indigenous Aboriginal communities of the region.

This juxtaposition of modern and ancient land-use practices  poses interesting challenges for the investigation of landscape history and the future management of cultural heritage. The present project explores this relationship and capitalises on developments that have taken place over the past decade. These include the empowerment of the local Aboriginal community as Traditional Owners following the introduction of Federal legislation on native title in 1993, and in 2001 a comprehensive Indigenous Land Use Agreement in the western Cape,  the appointment of an archaeologist by RTA in 2003 to develop a heritage management strategy, and the introduction of new digital and scientific techniques of archaeological investigation .

The 2011 field season has been devoted to the detailed mapping, measurement and sampling of a cluster of over 20 mounds at Wathayn on the north bank of the Embley River with a team of students from the University of Auckland (NZ) and the Free University Amsterdam (Netherlands), the cultural heritage staff of RTA, and Traditional Owners from the Napranum community.  See the Dig Diary for the daily blog. 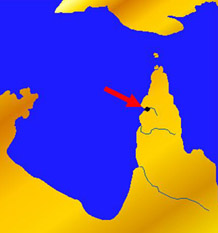 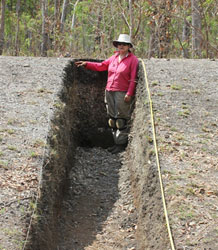 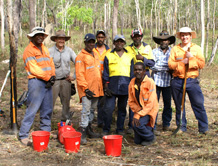