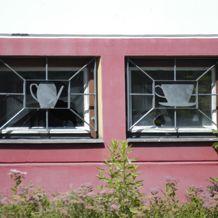 Since the fall of the Berlin Wall in 1989, through the personal testimony of former prisoners and the exposure of places of internment, the full extent of the political subjugation of their opponents by the Soviet Union and her allies has been revealed. In 1994, the former East German Ministerium Statssicherheit (Stasi) prison at Hohenschanhausen was designated as a memorial site, commemorating the victims of post-war political repression. It lies at the centre of a former forbidden zone, der verbotene stadtteil, of Stasi administration buildings, workshops and stores, surrounded by a neighbourhood dominated by housing for Stasi officials. Some of these buildings have found new uses, while others remain empty. 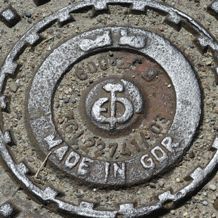 Twenty years since the fall of the Berlin Wall the area's past still dominates the character of this urban landscape. In this research to date a rapid characterisation survey has been undertaken with the aims of exploring, documenting and unravelling the traces that remain, primarily in terms of date, form and function. The memorial website provides further information about the site [http://en.stiftung-hsh.de/].