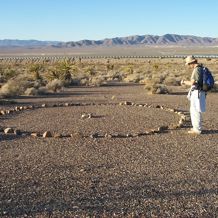 Landscape and Society; Medieval and Historical Archaeology; Archaeology of Conflict

Along a lonely stretch of highway 100 km northwest of Las Vegas, Nevada, in the western United States is an undefined space of land in the desert where anti-war groups, anti-nuclear coalitions, environmentalists, and Western Shoshone Indians have gathered over the last five decades to protest against activities at the Nevada Test Site, the United States government's continental nuclear weapons testing ground. This particular place, commonly referred to as the Peace Camp, is a place where more than 200 national and international groups have congregated to support and participate in the protests for hours, days, and weeks at a time. The protesters are generally a combination of marginalized special interest groups who convene at the camp to express their views and feelings, forming a loosely organized community of short duration. The Peace Camp is the only location in the United States recognized and used repeatedly by so many groups to express their objections to national and world trends in nuclear testing, nuclear waste storage, various wars and devastation of the earth. As such, it is an important place to the protesters and to those who support their causes. 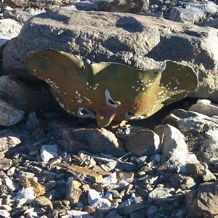 Across from the Peace Camp is the fenced Test Site where nuclear tests and experiments have been conducted since 1951. Craters, tunnels, and buildings designed to withstand a nuclear explosion are visible on this landscape as well as the facilities to maintain daily activities. The presence of this testing area is the reason for the existence of the Peace Camp and thus their histories are intertwined as the protesters demonstrations seek to remind Test Site workers that not all are in favour of government activities there.

Alongside the Desert Research Institute's work at Nevada Test Site, this project has recorded archaeological remains at Peace Camp, with a view to completing the record of Cold War activity in this important location. Hundreds of archaeological sites have been recorded, including site types more familiar in prehistoric landscapes: stone rows, standing stones and stone circles. The heritage interest here is obvious, as this is a place that has value for large numbers of people. Creating a record is a first stage in determining what happens to this site in the longer term. An article about this project, published in the newspaper Las Vegas Journal Review can be found at: http://www.reviewjournal.com/lvrj_home/2002/Mar-24-Sun-2002/news/18354606.html. 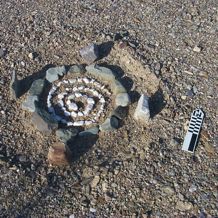