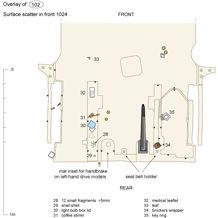 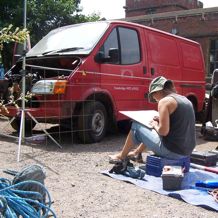 In July 2006 I initiated, with archaeologists from the University of Bristol and Atkins Heritage, a contemporary archaeology project with a difference. We "excavated" an old (1991) Ford Transit van, used by archaeologists and later by works and maintenance teams at the Ironbridge Museum. The object: to see what can be learnt from a very particular, common and characteristic type of contemporary place; to establish what archaeologists and archaeology can contribute to understanding the way society, and specifically we as archaeologists, use and inhabit these places; and to challenge and critique archaeologies of the contemporary past. The project has been published in British Archaeology and Cambridge Archaeological Journal. We also made a short film, In Transit, which can be seen online here. 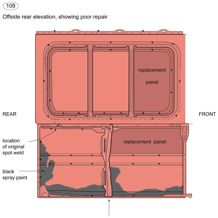 The Van was also subject to a 'Reflexive Representation', part of a series of artworks by Andrew Cochrane and Ian Russell. This can be seen at: http://rrexhibit.blogspot.com/2007/02/reflexive-representations-7-ford.html. 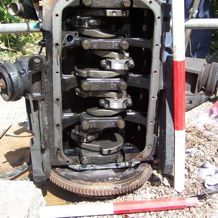 This was a contested project, initially loved and loathed in equal measure. Time has been kind however and publications and the film have since been well-received. Press interest has included an article in the German magazine Der Spiegel (http://www.spiegel.de/wissenschaft/mensch/0,1518,616536,00.html). Plans for a follow-up to The Van are being discussed.