UNDER THEMES: Medieval and Historical Archaeology; Archaeology of Conflict 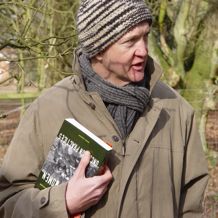 It is more than twenty-five years since the British Defence Secretary Michael Heseltine announced that American cruise missiles had arrived at Greenham Common airbase, West Berkshire (England). So began one of the best known and most contested confrontations of the Cold War, not between East and West, capitalism and communism, so much as between those who favoured an end to arms through maintaining a nuclear deterrent, and those who did not. A series of women-only peace camps were already established around the American airbase at Greenham, and remained there for several years, their occupants challenging authority through non-violent protest and direct action. These camps expanded and multiplied with the arrival of cruise.

Following my previous involvement with the military site at Greenham (the area within the fence), I found myself drawn to the archaeological remains surviving beyond it. To me these were parts of the same story. Greenham is about the bunkers and the benders. It is about the airmen and the protesters who opposed them. This collaborative project has incorporated various strands of research and intervention, including artworks, survey, photography and (limited) excavation. The peace camps have been a focus of our activity, with survey being undertaken at the small camp at what the peace women called Turquoise Gate. This work has been published in British Archaeology, as well as the journals World Archaeology and Radical History Review. A report on this work in The Guardian newspaper can be seen at: http://www.guardian.co.uk/science/2008/dec/08/archaeologists-greenham-science-politics. A discussion of this project on the BBC's Woman's Hour programme can be heard at: http://www.bbc.co.uk/radio4/womanshour/01/2008_50_wed.shtml. 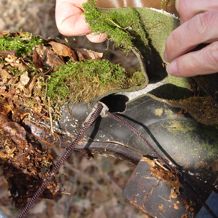 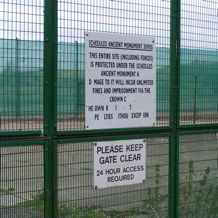