Brixton: Landscape of a Riot

Brixton in the south east London Borough of Lambeth, has a population of over a quarter of million of which, according to the Government Office for London, 38% are members of Black and Minority Ethnic (BME) communities.  Parts of Brixton are among the most deprived areas in the UK.  Brixton is renowned for its cultural mix of diversity and deprivation. Official celebrations of Brixtons diversity are relatively recent; conflict rather than culture dominated Brixton's image in the early 1980s when battles between its youth and the Metropolitan Police, in particular the riots of 10-12 April 1981, became a defining event and image of the era. This fieldwork sought to investigate through field inspection and photography what remains of these recent events in the contemporary landscape, and what we should now make of their traces and scars? How significant are they to those that live in Brixton today? This project presented an archaeological perspective largely in the form of a photo-essay with accompanying commentary from two key documentary sources: the Scarman report and dub-poet Linton Kwesi Johnson's poem Di Great Insohreckshan. Together these visual and textual sources comprise an unconventional contemporary landscape archaeology, the images challenging the very notions of landscape, and of archaeological trace. This study was published in the journal Landscapes, both to challenge convention, and to suggest new ways of thinking about landscapes and of documenting and presenting them 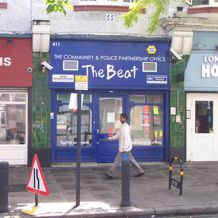 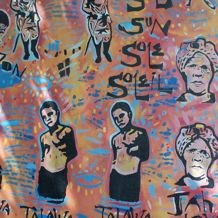 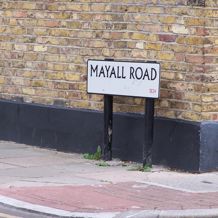