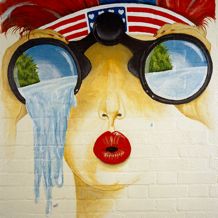 I have long been fascinated by the relationships of archaeological practice and art. An ebook (http://diffusion.org.uk/liquid/D_LG_Schofield_A4.pdf) on this subject summarises these relationships as: 1) art as an archaeological record - the idea that we create as well as consume material culture; 2) archaeological investigation as performance; and 3) art as interpretation, as narrative, and as characterisation. As well as collaborative work with Lucy Orta and Lucy Reynolds at Greenham Common, and the art/archaeology fusion of The Van, studies have also been conducted with artists at the former RAF Coltishall (Norfolk). Following closure of this iconic and locally revered military base, a collaborative documentation was undertaken, to characterise the base, and to document both it and the process of drawdown. Art in this sense represents an alternative approach to conventional archaeological and buildings recording, introducing a social dimension, and providing a set of working practices that archaeology does not normally involve: sound, for example, and film which can document the minutiae, of ceremony, rehearsal and the everyday. Examples of this work can be seen at: [http://www.gairspace.org.uk/htm/dispersals.htm]. Further examples of artistic intervention and its heritage applications can be found in various chapters in the book A Fearsome Heritage: Diverse Legacies of the Cold War. A study of military wall art has also been published by the Council for British Archaeology.