Throughout this period I attempted to persuade anyone who would listen that York needed to develop a department of film and television, and in 2006, much to my delight, I became Head of this new Department of Theatre, Film and Television. In October 2010, with the department's move into the new building, I handed over the reins to my colleague Professor Andrew Higson.

After a further two-and-a-half years teaching part-time I finally retired (to the Scottish highlands) in April 2013, though I fully intend to remain in close touch with the Department and with the University which has been the locus of my working life for over forty years.

Always enchanted by the cinema – my first ‘publication’ was a letter to Picturegoer in the mid-50s – I was a pioneer in the development of the sociology of film in Britain, publishing two books in the area in 1974: Theories of Film and Image and Influence: Studies in the Sociology of Film. Combining academic responsibilities with work as film critic for New Society and chairing York Film Theatre occupied much of the 1970s and 1980s, during which time I also published numerous academic papers and one non-film related book, Beyond Empiricism: Philosophy of Science in Sociology in 1982. Monsters and Mad Scientists: a Cultural History of the Horror Movie followed in 1989, the fruit of some ten years of research into this most fascinating of genres. In the 1990s my interests moved toward the rapidly expanding field of cultural studies – though the cinema always remained a central concern – and Decoding Culture: Theory and Method in Cultural Studies appeared in 1999.

My most recent research interests and publications have been about the social and historical processes through which film came to be seen as art, and about political cinema – the latter particularly occasioned by the contemporary growth in activist documentary filmmaking.

Over the years I have supervised PhDs across diverse topics ranging from British cinema to the sociology of excretory practices, from European films of voyage to the sociology of science-fiction, from women’s use of VCRs to Japanese children’s media. And I’ve enjoyed (nearly) every minute of it.

Currently I am supervising or co-supervising six PhD students in the film and television area. 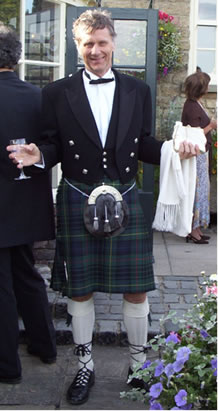