I am a Lecturer in Playwriting in the Department of Theatre, Film, Television and Interactive Media, and a practising playwright. I teach on the BA in Theatre: Writing, Directing and Performance and the MA Playwriting, as well as across other selected modules.

My practice as a playwright is extensive and varied, from one and two-handers to large-scale community productions. I have worked almost exclusively to commission for independent theatre companies and building-based organisations. This experience forms the foundation of my research into directive commissioning practices in theatre. My professional portfolio is as a playwright, co-deviser / writer-in-the-room, dramaturg, and wordsmith / performer and I have had over 30 plays commissioned and produced, including original plays, adaptations, music theatre and short screenplays. I also worked as a theatre director for many years and have overseen the development of new writing projects. I work regularly with local companies including York Theatre Royal, Pilot Theatre and Riding Lights, where I am Associate Director. I have written dramatic material for heritage and cultural organisations and events and am interested in the porosity of boundaries between creative and cultural fields in writing for performance.

My work is currently expanding into the area of the interaction between text and music in performance: I am part of the core creative team for Song Surgery and am developing an opera libretto in collaboration with composer Stephen Barlow. I am also under commission to The Richard III Society / York Theatre Royal for a new full-length play.

I am Co-Programme Leader on MA Playwriting and Admissions.

My Practice Research is best represented by my professional work and my plays.

In Fog and Falling Snow (2015), co-written with Mike Kenny and produced by York Theatre Royal & Pilot Theatre
4 stars – ‘An unforgettable night’ - The Guardian

Beyond Measure (2008), produced by York Theatre Royal/ Back and Forth – studio theatres tour. 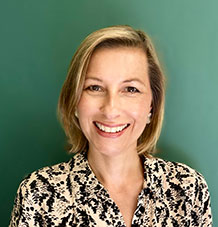