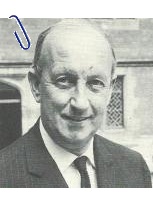 Eric John Francis James (1909-1992). James was a teacher at Winchester College for twelve years before becoming High Master of Manchester Grammar school in 1945. He was a member of the University Grants Committee from 1949 to 1959 and on the Central Advisory Council for Education from 1957 to 1961. James's contribution to education was recognized when he was knighted in 1956. In 1959, he was made a life peer, becoming Baron James of Rusholme.

Lord James was invited to become the first Vice-Chancellor of the newly founded University of York in 1962, which was formally opened in October 1963. As Vice-Chancellor at York, Lord James had a formative influence in the architectural and academic planning of the new university and was a strong advocate of its collegiate system. James wanted students to feel as though they were part of a small close-knit community and supported student representation on key University committees.

He was asked to conduct the 1971 report on the Education and Training of Teachers, which concluded that teaching should become a graduate profession. After retiring as Vice-Chancellor in 1973, James was Chairman of the Headmaster's Conference, a member of the Royal Fine Arts Commission 1973-76, and its Chairman 1976-79. 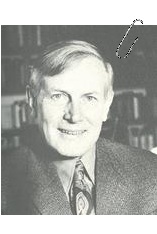 Morris Carstairs (1917-1991). Carstairs was a psychiatrist who received international recognition for his work. His main interests were psychiatry and anthropology and he spent two years living in an Indian village to research behavioural patterns amongst its different groups. Prior to his appointment at York, he was President of the World Federation on Mental Health and a professor of Psychology at the University of Edinburgh.

Dr Carstairs was Vice-Chancellor at the University of York from January 1973 to the summer of 1978. He was unable to start his post full time at York until the first of January 1974 as he had prior engagements to fulfil with the World Health Organization. Carstairs' time at York was marked by the economic recession of the 1970s. Plans for the University's expansion and the development of new subjects were unable to be completed as a result. After leaving York, Carstairs moved to India where he returned to teaching and research. 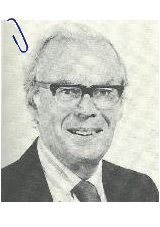 Under Professor Saul, the University was to continue to develop although it was careful to limit its rate of expansion in terms of student numbers. The 1980s necessarily saw a period of financial re-entrenchment and adjustment for the University. Nonetheless, the collegiate system was reinforced and judicious investment in research personnel and growth in the University's research outputs meant that its national standing in the league tables began to emerge. In supporting this growth and investment the Science Park was established. York's vision was that of a top class university in both teaching and research whilst remaining relatively small.

Professor Cooke joined the University in October 1993 from University College London, where he had held the positions of Vice-Provost, Dean of the Faculty of Arts, and Professor and Head of the Department of Geography. Prior to his arrival at York, he had also received The Back Award of the Royal Geographical Society (1977) and The John Wiley Award of the British Geomorphological Research Group (1987). He was awarded a Patron’s Medal of the Royal Geographical Society, approved by HM Queen Elizabeth II, in 1994.

As Vice-Chancellor, Professor Cooke embarked upon a programme of investment and development, built on a foundation of financial strength. Major developments were made in relation to the University fabric, with widespread campus building refurbishment and the construction of Market Square and the Raymond Burton Library. These physical developments took place against a background of increasing student numbers and a greater focus on postgraduate study. In his final year as Vice-Chancellor (2002), Professor Cooke received a knighthood for his services to higher education, an achievement he hoped his colleagues felt they could ‘share some of the credit for’. Upon his retirement as Vice-Chancellor, Professor Cooke cited the raising of the quality and standards of teaching and research, investment in infrastructure, and the improvements in the relationship between the University and the City, as particular collective achievements.

Since his retirement, Professor Sir Ron Cooke continues to live in York. In 2005 he received an honorary degree from the University, and the following year was awarded the title of Honorary Freeman of the City of York. His connection to the University was honoured with the naming of the Ron Cooke Hub, officially opened on 22 July 2011, on the University’s Heslington East Campus. 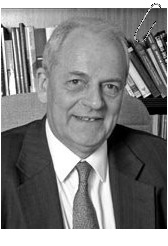 Professor Cantor was the University's Vice-Chancellor from 2002-2013. Educated at Manchester Grammar School and Christ’s College, Cambridge, Professor Cantor worked at the Universities of Sussex, Banaras and Oxford before coming to York, and with leading companies such as Alcan, Elsevier, General Electric and Rolls-Royce. At Oxford, he was Cookson Professor of Materials, Head of the Division of Mathematical and Physical Sciences, a Fellow of Jesus and St Catherine’s Colleges, founder of the Begbroke Science Park, and sat on the Boards of the Kobe Institute and Isis Innovation.

At York, Professor Cantor oversaw a significant period of expansion in the size of the campus and student numbers, including the development of the Heslignton East campus. He was on the Boards of Yorkshire Innovation, the White Rose Consortium, Worldwide Universities Network, the National Science Learning Centre, the Royal Academy of Engineering, and the Centre for Low Carbon Futures.  Professor Cantor was awarded a CBE in the 2013 New Year Honours, for his services to higher education, and is presently Vice-Chancellor of the University of Bradford.

Professor Lamberts was the University's Vice-Chancellor & President from 2014-2018.

Born in Hasselt, Belgium, Professor Lamberts undertook both his undergraduate and postgraduate studies at the University of Leuven culminating in the award of his PhD in Psychology in 1992. A cognitive psychologist with an extensive track record in experimental and theoretical research on human perception and memory (for which he has won prizes from the Experimental Psychology Society and the British Psychological Society), Professor Lamberts came to York from Warwick University, where he was Deputy Vice-Chancellor and Provost of Warwick University.

Professor Lamberts joined Warwick in 1998 and was elected Head of its Department of Psychology in 2000, serving until 2008. He became Chair of the Faculty of Science in 2007 and was appointed as Pro-Vice-Chancellor for Research a year later. He later served as Pro-Vice-Chancellor for Academic Resourcing before being appointed Deputy Vice-Chancellor and Provost in February 2012. He was instrumental in the establishment of Warwick’s Global Research Priorities Programme to promote emerging strategic research areas with a focus on multi and inter-disciplinary research. Before moving to Warwick, he was a Research Associate at the University of Chicago (1991-1992), and a Lecturer, Senior Lecturer and Reader at the University of Birmingham between 1992 and 1998.

Professor Lamberts took up his post at York on 1 January 2014. During his time at York, he implemented a strategy that improved the University's standing in research and extended its global network of partnerships, generated surpluses that improved the University's financial sustainability, enhanced its connections to business and industry, and oversaw significant investment in the student experience - with a particular focus on improving employability outcomes for students. Professor Lamberts left in October 2018 to become the President and Vice-Chancellor of the University of Sheffield.