Professor Alan Baddeley is to receive the 2016 Major Advancement in Psychological Science Prize. 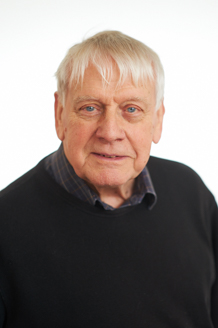 The Major Advancement in Psychological Science Prize is awarded by the International Union of Psychological Science (IUPsyS) every four years. The prize is awarded in recognition of a contribution that represents a major advancement in psychology by scholars with an international reputation. We are extremely proud that the 2016 prize is to be awarded to the department’s Professor Alan Baddeley for his contribution to the advancement of knowledge in human memory.

Until the 1960s, psychologists conceptualized short term memory as a kind of “place” where information is stored for a short period of time. Professor Baddeley introduced a much more dynamic model of human memory, emphasizing many active operations and processes. His work has set the agenda for numerous highly productive projects and studies in cognitive psychology, cognitive neuroscience, cognitive aging, education, developmental psychology, clinical psychology and more over the last 40 years. In addition to Professor Baddeley’s major contribution to the fundamental science of memory, he has played a influential part in the application of memory research to important topics such as language acquisition and dementia.

Professor Baddeley has been a member of the Psychology department at York since 2003 and he will receive his IUPsyS prize at the 31st International Congress of Psychology in Yokohama, Japan on 25th July.