Jan joined the Department in October 2019, as a Postdoctoral Research Fellow on the Leverhulme Trust-funded project Rethinking Civil Society: History, Theory, Critique. He works on the relations between civil society and the state, concepts of state and nation in the Weimar Republic.

Jan completed his Doctorate in History at the European University Institute in Florence in July 2019 and held visiting fellowships at POLIN: Museum for the History of Polish Jews in Warsaw and New York University. His thesis entitled ‘Everyday Zionism in East-Central Europe, 1914–1921: Nation-Building in War and Revolution’ analysed the way in which Zionist activists throughout the region, built community and identity during the upheavals of the First World War and its aftermath. It connects the history of ideas with social history, showing how everyday forms of activism, informed the way people thought about nation and belonging and how the ‘big’ story played out on a local level.

Before starting his BA and MA studies in history at the University of Salzburg, Jan worked for five years as a caretaker for people with disabilities.

I generally approach historical research from a grassroots perspective, showing what the ‘big’ stories played out on a local level, how people made sense of them, and how, in turn, the larger narratives and ideologies had to be adapted to reflect local conditions and developments. This allows us to re-think the major stories which (we believe) we know already and to show how very different they could play out depending on local and regional circumstances and different decisions local activists made. It shows how the supposedly grand ideas of empire, nation, community, etc. could have very different meanings to different people.

My current research continues to explore ‘big’ ideas from this perspective, looking at the relations between civil society, state, and nation in Weimar Germany. I analyse the re-thinking of Germany and the reformulation of relations between citizen and state in the Weimar Republic. I propose to connect the history of ideas about nation, state, and civil society with the everyday practices of social and political organisations from the foundation of the Republic through the rise of Nazism. With the collapse of the old imperial order, concepts of Germanness and national self-identification were subject to debate and the question of ‘who makes Germany’, who would be entitled to participate in society’s reshaping, was at the centre of mobilisation and debates. I analyse these debates over German identity, belonging, and civil society on three different levels: I first focus on four key intellectuals – Friedrich Meinecke, Harry Graf Kessler, Kurt Tucholsky, and Martin Buber – analysing how they perceived and interpreted the end of the old order and the formation of a new German society. It then connects these ideological debates with the social and political practices of two organisations that were central for both the debate over German identity and for civil society engagement: the organisation of recent German emigrants from regions seceded to Poland, and the Central-Verein Deutscher Staatsbürger Jüdischen Glaubens, as a key civil society organisation of the Jewish community in the Weimar Republic. The project shows how ideas and debates over identity and belonging translated into the daily practices in civil society, how civil society ‘made sense’ of these concepts and aimed to participate in the making of a new Germany.

2019. “The Red Flag on Mount Moriah”: Revolution, Anti-Jewish Violence, and Socialist-Zionism in East-Central Europe, 1918-1920. Conference: Radicalism and Resistance in Modern Jewish History”. Institute for the History of the German Jews, Hamburg.

2018. Everyday Zionism in East-Central Europe: Building a Nation in War and Revolution, 1914–1921. POLIN Museum for the History of Polish Jews; GEOP Doctoral Seminar

2017. A Nation among the Nations: A Local and Transnational Perspective on the Jewish National Councils, 1917–1920. Conference “Jews and Others: Ethnic Relations in Eastern and Central Europe from 1917 and Onwards.” POLIN Museum Warsaw.

2017. The Balfour Declaration and the European Revolution: On the Simultaneity of Contradicting Perspectives for Jewish Emancipation in Central/Eastern Europe. Zentrum für Jüdische Studien Berlin-Brandenburg.

2017. Co-organization of the international conference “The Peripheries of the European Revolutionary Process(es) 1917–1923” at the European University Institute

2017. Co-organization of the international Workshop “1967–2017: Nationalism and its Discontent in Israel/Palestine” at the European University Institute

2017. Co-organization of the international “Graduate Conference in European History” (GRACEH 2017) at the European University Institute.

2017. Between Petrograd and Zion: Socialist Zionism in the Revolutionary Process. Conference “Re-thinking the Russian Revolution 1917.” University of Essex.

2017. The Red Flag over Petrograd or Jerusalem? Socialist Zionism in the European Revolution. Conference of the European Network in Universal and Global History, Budapest.

2016. “Today’s Antisemitism is Imported”: Discourses about “Muslim Antisemitism” and Islamophobia during the Protests against the 2014 Gaza War. Conference of the European Sociology Association: “Ethnic Relations, Racism and Antisemitism: Refugees and migration – nationalist/racist responses.” University of Warsaw.

2016. Enthusiasm for War? Popular Reactions to the Outbreak of World War One in the Province of Salzburg. Conference “Globalising and Localising the Great War.” Oxford University.

2015 (with Helga Embacher). “Muslim Anti-Semitism” and Islamophobia in Germany and Austria in the Context of the 2014 Gaza War. Conference “Anti-Jewish and Anti-Muslim Racisms and the Question of Palestine/Israel.” School of Oriental and African Studies, London.

2014. Organiation of a public symposium on “The Outbreak of World War One in Salzburg – Popular Reactions” at the Salzburg Museum 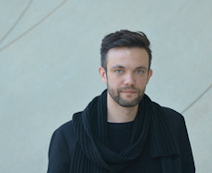