Alejandro’s interests are thematically and theoretically diverse, crossing international relations theory, political sociology and social movement studies, and Latin American politics. At the moment, he is interested in two intersections: the one between institutionalised and contentious politics, and the one between contentious processes and international structures and dynamics.

Alejandro joined the Department in September 2014. Previously he held a Lectureship in the Department of Politics and History at Brunel University London, and was Assistant Lecturer at City University of London, where he was also an Honorary Research Fellow. His research has been published in prestigious journals in diverse fields, including the European Journal of International Relations, International Political Sociology, Regulation & Governance, Mobilization, New Political Economy, and others. He is also the author of ‘Transnational Governance and South American Politics: The Political Economy of Norms’ (Palgrave, 2016).

Alejandro received a PhD in International Politics from City University of London, an M.A in Human Resources and Knowledge Management from Lancaster University, a master’s degree in Sociology and Political Science from FLACSO Argentina, and an Industrial Engineering degree from the Buenos Aires Institute of Technology (ITBA). Prior to landing in the UK, Alejandro worked several years in a large industrial holding in Argentina. He likes academia more but learnt a lot in the private sector.

Alejandro welcomes applications in any of these areas and their intersections. 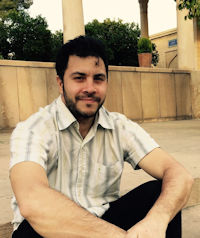