Will there be peace in Nagorno-Karabakh? Two things stand in the way.

An article by Nina Casperson 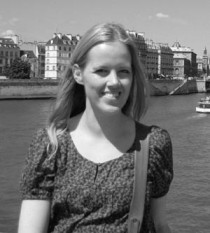 In early April, the volatile conflict in Nagorno-Karabakh erupted in violence. Four days of heavy fighting between Azerbaijani and Armenian forces over this disputed region resulted in at least 200 casualties. Even though both sides avoided escalation into a full-scale war, the halt in hostilities is fragile, and the conflict could easily accelerate anew.

[Will war erupt in Nagorno-Karabakh? Five things you need to know]

U.S., Russian and French officials met with the Armenian and Azerbaijani presidents in May to push for a non-military solution. The two leaders are scheduled to meet in June to resume talks on a comprehensive settlement, but this will prove an uphill struggle. Two decades of talks have failed to produce a breakthrough, and the four-day war further undermined the hope of a compromise solution. It has strengthened hard-line forces on both sides and validated the use of force.