European entertainment television and the transnational politics of 'race': insights from the Eurovision Song Contest 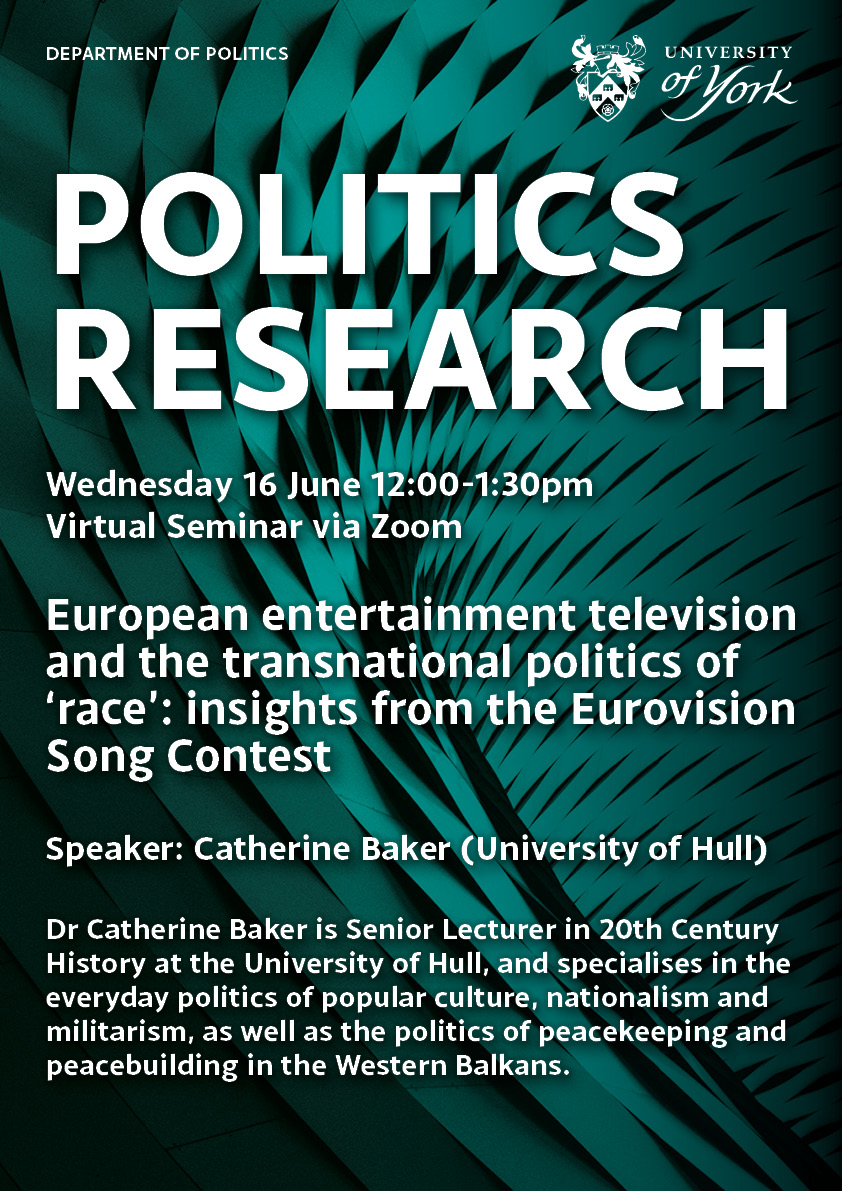 The Eurovision Song Contest, which was first held in 1956 and has become the world's most-watched live non-sporting international event, is a site of contention around numerous dynamics in international politics - including the 'popular geopolitics' of national, European and sexual identity-making that emerge through its content and reactions to it; the promotion of LGBTQ rights as a European value at a time of increasing state LGBTQphobia and illiberality; the complexities of public diplomacy and cultural boycott campaigns; the everyday international politics of watching, participating in, or being a fan of the contest; and the role of international non-state bodies (such as Eurovision's organiser, the European Broadcasting Union) in creating popular understandings of European and LGBTQ belonging. Beyond its standing as a televised annual event, the digital spaces constructed around the content by fans, and now also by organisers, exist year-round. While Eurovision has sometimes been celebrated as a stage for showcasing a multicultural Europe when performers from minoritised racial backgrounds represent nations that are widely thought of as 'white', the contest has also been critiqued for offering a neoliberal illusion of 'unity in diversity' that does not unsettle European racial regimes. Yet where Eurovision might be most significant as an example of how popular culture and world politics are racialised is in fact its transnational nature - as a forum where numerous, distinct national frameworks of race and racialisation come into contact through the interactions between participants and community members from more than 40 countries, some which were directly involved in European colonial projects overseas and others which were not.

Dr Catherine Baker is Senior Lecturer in 20th Century History at the University of Hull and specialises in the everyday politics of popular culture, nationalism and militarism, as well as the politics of peacekeeping and peacebuilding in the Western Balkans. Her most recent books are Race and the Yugoslav Region: Postsocialist, Post-Conflict, Postcolonial? (Manchester University Press, 2018) and the edited volume Making War on Bodies: Militarisation, Aesthetics and Embodiment in International Politics (Edinburgh University Press, 2020). Her articles have appeared in the European Journal of International Relations, International Feminist Journal of Politics and elsewhere.