The Department of Politics gained an Athena SWAN Bronze Award in May 2018. The award demonstrates that the Department is strongly committed to recruit, retain and support the career of women and all staff members according to gender equality principles. 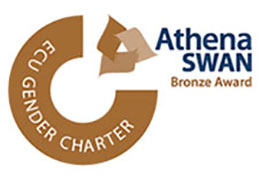 Find out about the action plan that we committed to as part of our Athena Swan Bronze Award application:

The Athena SWAN Charter is an initiative that was originally established in 2005 to promote and recognise work supporting the advancement of women’s careers in the STEMM (science, technology, engineering, medicine and mathematics) disciplines. However, since May 2015 Athena SWAN has expanded to include support given in arts, humanities, social sciences, business and law (AHSSBL), and in professional and support roles, and for trans staff and students. The charter is now more inclusive and has endorsed a broader understanding of gender equality, which is not limited to barriers to progression affecting women.